STATS
Scotch Ale's are a style of beer that many people I talk to about beer rave about. I've had few I really enjoyed, although Backwoods Bastard was amazing, but I've been told my people I trust that this one will appeal to me more.

April is North Carolina Beer Month. If you want to unlock this nice looking badge, simply check into a beer from any brewery based in North Carolina in the month of April. I'm going to help you guys out and chuck the list here for you. Enough of helping all of you get this badge, it's time for me to crack open this can and get into some Old Chub.

Oskar Blues' Old Chub pours a very dark colour for a Scotch Ale. It's almost completely opaque and a deep brown with a touch of red. The head is quite dark, almost reminiscent of a stout's head in some respects. There are a number of small bubbles in the head but these do not effect the retention which is excellent, whilst the lacing is also commendable. 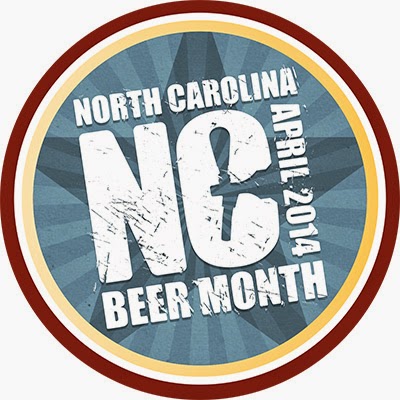 The nose is chock full of caramel sweetness. These are the malts that characterize this type of beer and they are abundant. There are also elements of chocolate in the nose as well as a very light peaty/smokiness. There is even a light hop presence as the beer warms.

Much like the nose, the flavour is dominated by the caramel sweetness from the malts. It's hardly overpowering and is in fact balanced nicely by a smokey flavour and the slightest hint of bitterness from the hops, which appear to impart almost no taste. The mouthfeel is a little sticky but there is no evidence of the 8% alcohol...

I am pleased to report that Old Chub is another Scotch Ale I can add to my list of ones I've enjoyed (awful English but you get the point!). From my understanding of the style, which is limited I must say, this is a bridging beer between the Scottish Ale and Scotch Ale. It's not quite as rich as many Scotch Ales but this makes it eminently more drinkable.

Remember it's always Beer O'Clock somewhere in the world!
Posted by Noz at 05:07