STATS
Lager lovers rejoice; we are back with out first lager review for 2015! We're going to Bosnia & Herzegovina for this review and from what I've heard it's as good, if not better, than the last Bosnian lager I had.

Bosnia & Herzegovina has a population of just under 4 million and is a nation now known for it's natural beauty. This was not the case in the early-mid nineties, when a bloody civil war drew the worlds attention. This beer is from the capital Sarajevo and the brewery is housed in a lovely old building, see image below. Enough about Bosnia & Herzegovina, it's time to get into this beer!

As you can see in the picture above, Sarajevsko Premium pours a nice golden colour with a white, three finger head. The head was very airy and dissipated very quickly leaving no lacing or foam at all. This isn't necessarily a bad sign, it could just mean that Sarajevsko is normally consumed straight from the bottle. The ceramic swing-top is a nice touch, I do love swing-top bottles! 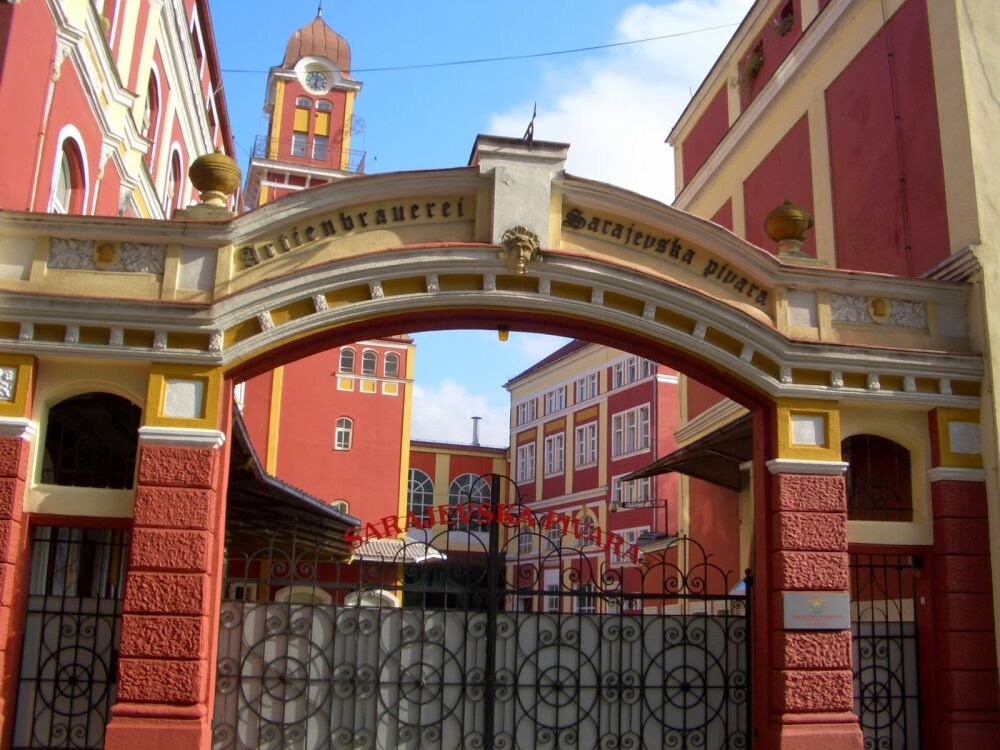 Oh dear... I was quite disappointed when I smelled this lager. It didn't pass the no smell is a good thing test! It was overly sweet at first and had no hop profile at all til it warmed up a bit, when a hint of grassiness break through the overly sweet grain smell. Hopefully it tastes better than it smells.

Thankfully it is better than it smells, although not a lot better. The grains are sweet, although thankfully there is no skunkiness. There is some bitterness coming from the grassy hops, but the flavour is definitely on the weaker side. It actually slightly cloying as the drinking proceeds, not exactly what I'm looking for in a lager...

It's fair to say that I was a bit let down by this beer. It'd been hyped up as being Bosnia's best lager and to put it simply; it wasn't! Sweetness is not (hugely) out of place in a lager, if it's in relatively small doses. Unfortunately for Sarajevsko Premium the sweetness in this beer was above and beyond that acceptable amount and made it somewhat difficult to finish drinking the 500ml bottle. I would avoid this one if I was you - if anyone has any thoughts on this beer I'd love to hear from you! gus.norris7@gmail.com

Remember it's always Beer O'Clock somewhere in the world!
Posted by Noz at 04:10