STATS
Whitewall is the latest Panhead beer to reach our shores. It was pitched to me as a fuller bodied Stone & Wood Pacific Ale, a beer I adore! The fuller body is attributed to plenty of wheat in the beer. I simply had no option - I was always buying the beer, it was merely a question of how much I was buying!

I also believe that this is the debut of the Spiegelau American Pale Wheat glass on this blog! It's a fantastic glass that I've started using for a variety of styles, particularly sours. They will start infiltrating our shores soon so keep your eyes out for them. Fair warning though, they are the most fragile feeling of the Spiegelau range, so if you are someone who breaks them...

So the pour is, as expected. a cloudy light golden/yellowish colour. The head is surprisingly small, with maybe a finger and a half of white fluffy head. It's a very alluring looking beer, which makes you thirsty just looking at it! The Stone & Wood link is instantly apparent, with the light colour very similar to the Pacific Ale, albeit much cloudier. 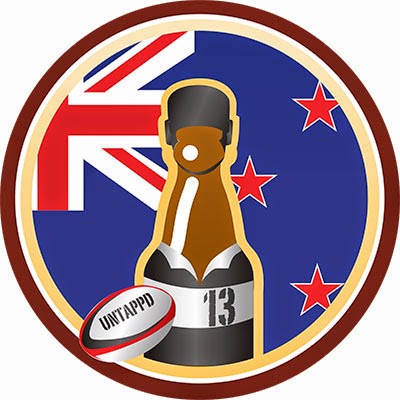 The way this glass channels the aroma is simply sensational! There is a really nice citrus aroma, which isn't particularly bitter, coming from the hops, which is accompanied by a little grassiness. The wheat that was promised is definitely there and a nice light banana aroma indicates that.

Whitewall's flavour follows along the same lines as the nose indicated it would. The malt base is light and while there is wheat present, it's not overpowering at all. There's lots of citrus flavour coming through from the hops with the grassy element almost non-existent. There's good substance to this beer, while not detracting from the drinkability.

Whitewall is another sensational beer out of Panhead. This is the sort of beer that I could envisage spending all day drinking in a beer garden on a nice summers day. The wheat element of this beer is understated and doesn't make the beer cloying. All lovers of good sessionable beers should keep their eyes peeled for this!

Remember it's always Beer O'Clock somewhere in the world!
Posted by Noz at 23:03