STATS
Simtra is a beer I've wanted to try for years! Naturally I was thrilled when I heard that new distributor Redwood were bringing them out here. The name is a mix of Simcoe and Citra, the two main hops used in this beer. Knee Deep is the brewery, who are famous for brewing big hopped up beers.

Two badges in one here today for you, Land of the Free (Level 46) and Hopped Up (Level 31). An exceptionally hoppy (131 IBU's) American beer, would've thought that was possible?!? This beer arrives on our shores with a seriously big reputation and I just can't wait to get into it; so without further ado...

Knee Deep's Simtra is marketed as a Triple IPA. The colour of the beer is exactly how I like my big Imperial IPA's to look. It pours a very clear, deep golden colour with a fluffy off white head sitting atop. The head has quite large bubbles in it from the off, but this doesn't stop the head having good retention. It's a bloody good looking beer! 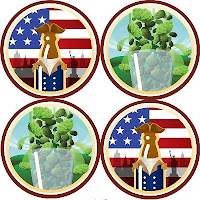 Onto the nose and, not surprisingly in a beer this big there are plenty of sweet caramel malts. This is complimented by plenty of hops, which have predominantly citrus and tropical fruit aromas. There are times that some herbal qualities also come through, as well as a slight nuttiness. I can't wait to see what this tastes like!

Simtra tastes just as good as I was hoping! It's packed grapefruit, orange, mango and passionfruit flavours. There's a fair bit of sweetness from the malt, but it's not hugely over the top. There is a touch of raw alcohol on the backend, which is a little disconcerting for me, but I suppose it to be expected at 11.25%.

If not for that touch of raw alcohol this beer would be right up there with the best I've had this year! It's very fruity and has good bitterness. For the ABV it's dangerously drinkable, with a lovely slightly dry finish that leaves you wanting more. This is the first of my four Knee Deep beers that I've had and it certainly lived up to the hype. I can't wait to try the other three now!

Remember it's always Beer O'Clock somewhere in the world!
Posted by Noz at 04:27