The Beer-thusiast Pack is delivered to your door monthly. It's composition is a complete mystery until it arrives - although it's likely to include a number of local offerings. Each month 12 beers arrive, including 5 duplicates. As many of you know I'm not generally one for duplicates, which is where Dylan comes in.

By now you should know the drill. Dylan and I will each drink the duplicates, split the singles and then collate our thoughts here. I'll run through a bit of the background of the beer, before Dylan comes through with the tasting notes. I'll chip in with an additional comment if our opinions greatly differ, they rarely do, or if I've got something to add.

The July Pack followed a similar theme to the June Pack, one that I thought was a step up on the few previously. The duplicates are comprised of four Australian offerings of distinct styles, with the new Hop Nation Pale Ale and the Frankenbrown from Big Shed the two most intriguing. The Australian singles are from two rarely seen breweries in Victoria, while the two internationals are an absolute classic (Rodenbach) and a new one from the most innovative brewer in New Zealand (Garage Project). 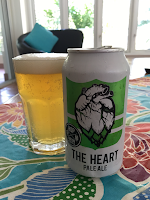 It seems just about every brewery worth their salt has a Pale Ale. Until the recent release of The Heart, over two years after their first beer releases, Hop Nation was one of the very few successful breweries to survive without one. It was a beer I was really excited about and so have had quite a few of these before this one.

"Hop Nation are quickly becoming one of my favourite local breweries and this is another affirmation of that. It’s an interesting little pale, packed to the rafters with hops that come off as lightly ‘green’ when the cans are this fresh. Lots of tropical, exotic fruit flavours in here. I’d imagine it would suffer heavily when not drunk fresh, but as it is for 4.6% ABV this is a little flavour grenade, great for a hop fix."

Like Dylan I really rate what the guys at Hop Nation are doing and this Pale Ale is no exception. On top of the fruit flavours identified there's this floral element that works really well in combination. 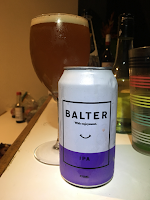 Since Balter launched this beer has been an inevitability. It was only a matter of time before they delved into the most beloved style of craft beer drinkers. This certainly isn't a world beating example of the style but, like all of Balter's beers, it is a really solid straight up and down IPA.

"Probably my least favourite of the Balter cans to date. It’s only by a slim margin (and they do have a really strong range), but given craft IPAs are such a stacked field this did little to stand out. This is in contrast to their other offerings which all have something I can point to as being especially good. This is a big, malty IPA with hops that are more pine driven than fruity. It’s a solid example of the style but nothing exceptional, especially at nearly 7% ABV." 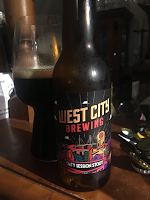 West City Brewing are a gypsy brewing operation launched in 2015 that brew out of breweries such as Kaiju/Exit & Bad Shepherd/Wolf of the Willows. I was surprised to learn that the Oaty Session Stout was actually their first release back then, I'd always assumed it was Footscray Ale. It's a beer I've had a few times and have always been impressed with.

"I reckon this is the most smashable stout I’ve had! It has a fairly relaxed and creamy body, light milk stout style sweetness and dark chocolate before finishing dry. In between the oats rounding out the body and the balanced hop presence this is an immensely drinkable dark beer, one that lives up to the name as something that is very easy to put away."

I was very sad to hear this week that the original founders of West City are parting ways and looking to sell the business. They've made some really nice beers over the years and I hope that the business is able to continue. 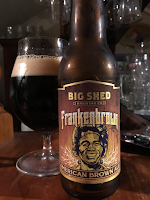 I was seriously excited to see this beer in the pack; in my mind it's Australia's premier Brown Ale, with Mornington running a close second. Big Shed Brewing Concern, to give them their full title, are a rapidly expanding brewery in Adelaide producing some really good beers. If you haven't heard of them yet, you will soon.

"Super well executed American brown. Hop character is strongly present but the bitterness is kept well in line, providing a great, balanced flavour profile. You’ve got a pine and citrus driven aroma that mingles with biscuity malt and coffee flavours as you drink it. Something a bit out of the ordinary that struck me while drinking this was how good the carbonation level was — really lifted up the flavours and made it exceptionally drinkable. I love a good brown ale and was impressed by this, another tick for Big Shed from me." 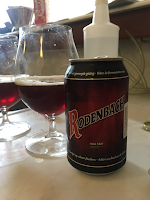 Rodenbach. The name alone evokes feelings of happiness among craft beer drinkers. A beer that is sometimes overlooked from their range is the Original (or Classic depending who you ask). It's the beer that defines the Flanders Red Ale, much the same way as Pilsner Urquell defines Pilsner.

"I love this beer more every time I have it. It has a great sweet and sour thing going on with that unmistakable Flanders red balsamic/cherry/wood flavour profile. It’s very drinkable but has enough complexity to reward repeat visits. Carwyn have been chucking a classic or two in each pack the last few months and this is a great continuation of that. A wonderful beer."

If you want to read more about the wonderful Rodenbach, you can check out this Bottle vs. Can Debate post I did years ago on it. It's a beer everyone should try at least once! 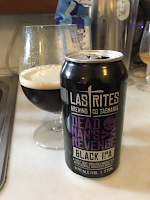 Last Rites are a Hobart based brewery that we see very little of over on the mainland. They've been around since 2014 and, if their Untappd ratings are anything to go by, have been producing good beers. It was pleasing to see another Black IPA in a Beer-thusiast Pack, I've been thrilled with the resurgence of the style over the last 6 months or so and was really looking forward to trying this one.

"This beer definitely didn’t muck around — flavours smack you in the tastebuds as soon as you take a sip. There’s plenty of hop flavour and bitterness here, along with potent roasty, sweet malt. I found there was a bit of raw alcohol in here which didn’t ruin the beer but did stand out, even amongst the aggressive flavours. I enjoyed it overall without loving it." 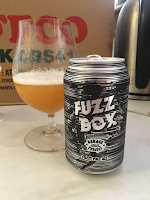 I would be surprised if anyone reading this post didn't know who Garage Project are. Based in Wellington, New Zealand; they are probably the most innovative brewery in the Southern Hemisphere and consistently produce wonderful beers. Brewed in collaboration with Frankie's Pizza in Sydney, it's a Pale Ale/N.E. IPA that is hopped with Galaxy, Mosaic & Nelson Sauvin.

"Described as a ‘murky IPA’ by Garage Project, this is definitely in that NEIPA/hazy pale ale territory. Given Garage Project’s deft hand with hops you’d then expect this beer to be excellent...and it unsurprisingly was. Super juicy, lots of tropical fruit, punchy bitterness (which is probably what prevented them from putting it under the NEIPA banner). Thoroughly enjoyable." 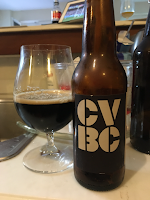 "I was impressed by how rich this was, heaps of cocoa. There’s a bit of aniseed in there which provides a little streak of flavour that breaks through. It has a big, well rounded body for 6%. This is my first beer from CVBC and although it wasn’t my favourite (it was a good month!) I found it one of the more memorable beers of the pack, purely due to the intriguing, tasty flavour profile. I reckon this beer (or a bigger version of it) would hold up well to spirit barrel aging."


For the first time in a long time, I've managed to get the previous months' review up before the new one has been delivered! Hopefully this is a sign of things to come on Beer O'Clock Australia as my MBA winds down and my free time (hopefully) increases! This was a really solid pack, with all the beers on a very even footing. I'm really enjoying this new pack composition, so hopefully it will continue in August. As a side note; with any luck the long awaited Stout vs Porter post will finally be finished this week!


Remember it's always Beer O'Clock somewhere in the world!
Posted by Noz at 05:15