I have no image of the box's contents to bring you for November as Carwyn didn't include them in our box! This box had a few new releases, both in the singles and the duplicates, as well as some long term favourites. I was pretty keen to try my first beer from The Beer Farm, a brewery a few hours south of Perth in Western Australia. 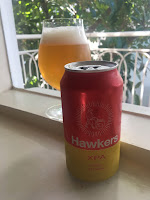 Hawkers are the latest Australian brewery to join the canning revolution. They released three beers; a West Coast IPA, a Lager and this XPA - that were as on point stylistically as their core range offerings. The XPA has a slightly lower than normal for the style and indicated to me that the hopping would be increased instead.

"Hawkers have been on fire with their canned releases. Alongside the super punchy West Coast IPA and the super smooth lager comes this pale, slotting in nicely in the middle on the hop spectrum. It’s a very tasty beer, with the body on the thinner side of things to allow hop flavour/aroma to dominate. One of the more sessionable hop-heavy beers in recent memory." 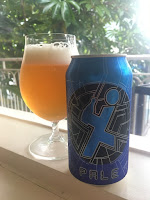 Exit were brewery who produced beer number two in the November Beer-Thusiast Pack; and also the second who's inclusion was a 4.6% Pale Ale. I've been a big fan of these guys since day one and was really pleased to see that they were able to release their Pale Ale in cans.

"It’s a good beer, but it’s not a particularly easy one to talk about without sounding like I’m covering well worn territory. It’s a pale! And a nice one! Exit’s hop focus is reflected well here and the can’s Tron inspired art is cool."

Despite the lag in posting this review, I had this beer very very fresh and it really lived up to the hype I'd built up in my head. I also had it about two months later and was pleased to say that it was still holding up well. If you're into fruity Pale Ales this would be one to try! 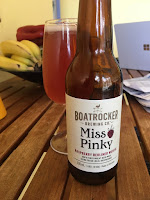 I was so pleased to see Boatrocker's Miss Pinky make it into a Beer-Thusiast Pack. This is a beer that I think has the potential to be one of the most influential beers in the evolution of the Australian craft beer story. It's the first sour to crack a mainstream store (Dan's) - and it's survived far longer than many other beers. The popularity of this beer, a style about as far from typical Australian macro lager as you can get, will hopefully see more brewers produce sours.

"I’d wager this is both Boatrocker’s most popular beer and the most widespread sour in Australia, so there’s not a lot of revelatory information I can provide here. It’s still a really good beer though, the kind of thing I’m always happy to have a six pack of in the fridge. Lovely raspberry flavour, light enough tartness for those not accustomed to sours to enjoy, doughy wheat base. There are better raspberry sours around but not at this price, and not available at your local Dan’s. It’s a great low ABV option too." 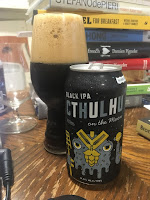 Kaiju do things differently to other breweries. I can't think of another Australian brewery which has a core range Black IPA in a can. The name references Cthulhu - a leviathan type creature created by H.P. Lovecraft, who died a virtual unknown but is now considered one of the most important authors of the 20th Century.

"This was the first black IPA I ever had and I have a bit of a soft spot for it, but what a great example of the style. Herbal, dense hops combine with this umami heavy malt base (thanks to the roast) to make a beer that is both complex but eminently drinkable. Even better now that it’s in cans - I feel like the brighter flavours of the hop varieties (think pine and light citrus) come through more than they did in the bottle." 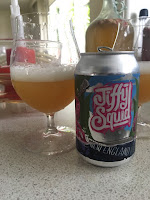 At the start of 2017 I would've been in the minority of beer drinkers in Australia who knew what a NEIPA was. In 2018 it's just about the most talked about style around! I think it's a well known fact by now that I'm a bit of a Mornington fan-boy, so I was pretty stoked to see their take on the cult style included in this pack!

"I feel like this would’ve gone down a lot better fresh at the brewery, but it’s still an admirable effort at an NEIPA, especially for under 5% alcohol (which occupies a bit of a hazy niche). It’s cloudy with a soft body, a little bit of prickly bitterness and some nice fruit flavours." 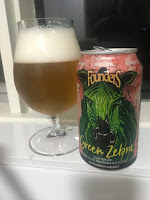 When I first heard about this beer from Founders - I had high hopes that this could fill the Watermelon Warhead shaped hole in my fridge (Feral; hurry up and can/bottle it!). It's a Watermelon Gose, from their Artist Series which is released yearly in August. The Artist Series gives the Founders Family a chance to create a piece of art, with the winner to grace the label.

"This was a genuine disappointment. I love watermelon generally and I especially love watermelon sours (blame Watermelon Warhead). I expected this to be on the lighter, more smashable side but...not like this. It’s just far too sweet, with a jolly rancher like watermelon flavour instead of anything resembling fresh. There’s tartness here, with any salinity getting lost amongst the rest. I’m planning on giving this another go down the line (Founders have earned the benefit of the doubt) but this can was closer to an RTD than a gose."


Dylan and I have shared a few of these, in quite different levels of sobriety, and I don't really have much positive to say about it either. It's so disappointing! It's far too sweet and doesn't live up to what it should/could be. 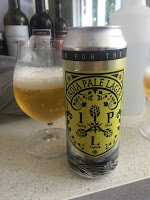 Beer Farm is one of a growing number of up & coming West Australian breweries. It's very highly rated out west, but we rarely see any of their offerings on the east coast. This is the first of theirs that I've had the pleasure of trying. It's very interesting to see a brewery having an IPL as their flagship beer, well done this style can be excellent - there just aren't that many good ones around Australia at the moment.

"I’m definitely coming around on IPL’s, probably due to my increased intake of hoppy lagers lately. This was a good effort at the style, coming across as a bigger version of an Aussie lager that was then dry hopped with some American varieties rather than a lagered IPA. I liked that about it though, it lent it a point of difference (and judging by its placing on the Hottest 100 beers, has probably made it more accessible!)." 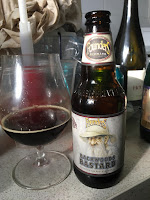 Backwoods Bastard is one of my all-time favourite beers. It's a Scotch Ale that is then aged in Bourbon barrels, something of a specialty of Founders! I had my first one of these about 4 years ago - and have had at least one, often more, aging ever since!

"I’m very picky with my scotch ales and the offerings from Founders haven’t ever been to my tastes. Backwoods is certainly better than Dirty Bastard, with some nice sweetness and a good, rounded body but I still find it quite muted in terms of flavour. The whole thing comes across as a little flat and uninteresting. I’m not entirely sure what separates a beloved Scotch ale I’m not particularly fond of (like this) to a beloved Scotch ale I enjoy (like Old Chub) but like I said, picky."


We've slowed down slightly on the schedule of reviewing due to various commitments on both our parts. We've completed drinking December's offerings (and I think most of January's) - so with any luck will have them up by the time February's Pack review is due! Let's see how we go... I haven't had much luck with my recent self-imposed deadlines!


Remember it's always Beer O'Clock somewhere in the world!
Posted by Noz at 23:27