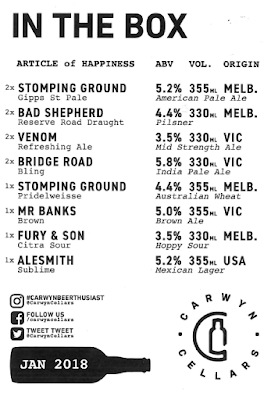 The lineup for January was, in my opinion, really well crafted. It featured a number of newly released beers, spearheaded by Stomping Ground's first canned releases, as well as some classics. There was a wide variety of styles, with almost everything coming from Victorian brewers. The one exception being Alesmith's Sublime - a Mexican Lager, a style experiencing somewhat of a renaissance in the craft beer scene at the moment. 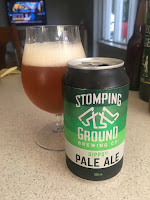 Stomping Ground's flagship Pale Ale has been canned! Named after the Collingwood street that the brewery calls home, Gipps St is a classical American Pale Ale. These cans are seriously fresh and so I'm expecting big things from a Pale Ale that I think is improving everytime I try it.

"I’d imagine the cans of this we got were stupidly fresh, what with Stomping Ground recently starting to can their beer and all. You could definitely taste it! Big, punchy hops, sitting somewhere between the citrus/pine and tropical fruit ends of the spectrum. Straightforward, packed with flavour, good stuff."

Stomping Ground didn't let me down - this is a bloody good Pale Ale and one that everyone should try! 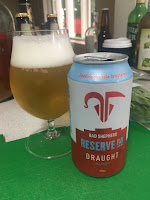 The second beer in this months back is also named after the street that the brewery that brews it calls home; in this case Bad Shepherd's Reserve Road Draught. It's a Czech inspired Pilsner, featuring two of the four varieties of Noble Hops (Saaz & Hallertauer Mittelfrüh) alongside a couple of others.

"I’m hoping we’ll see more Bad Shepherd beer in cans soon! This is another good take on a lager by a craft brewery, something we’re seeing more and more of lately. It’s simple and clean - definitely something you can give to the macro lager head without any complaints, but also drink yourself pretty happily." 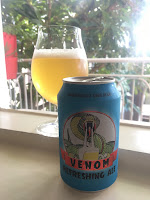 I was really pleased to hear that Venom were releasing a mid-strength offering when they announced it back in September last year. Venom produce some really nice beers - they don't seem to be quite as prevalent as they used to be however.

"Being the type of person who is always on the lookout for lower ABV beers, this caught my eye, clocking in at less than a standard drink per (very nice looking) can. They haven’t tried anything outlandish here but it’s a bloody tasty little beer given the constraints, with a nice barley/wheat base letting light tropical hops come through well. It’s well priced too - I bought a six pack for the fridge the day after having this one and was pleasantly surprised." 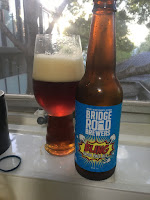 Bridge Road's Bling is an incredibly important beer in Australia's craft beer history. The beer has evolved over the years with the more English leaning hops it started with, being replaced by the more American hop characteristics of citrus and pine. Every time I have this beer I'm surprised by the dark body, a throwback to it's former life as an English IPA no doubt.

"A consistently underrated IPA (much like those from Mornington and Colonial), this is a beefy beer with an intriguing dark amber colour and strong malt presence while still letting hops be the star. It has the balance of a brewery that has been at it for a long time, which makes total sense." 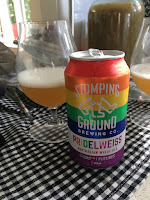 The Pridelweisse is a beer brewed by Stomping Ground each year to support the LGBTQI community, with 50 cents from each can/pot going to support a charity that helps support aspiring LGBTQI community members in the arts. It appears that the beer itself will change each year, with last years Peach Witbier replaced by a straight Pale Wheat Ale.

"It’s a fair change from the peach hefe it came out as last year but it works as a nice little companion piece to the Gipps St in its current form. It’s now a hoppy wheat, which isn’t a style we see a heap of in Australia. There’s fairly firm bitterness and a good wheat base. If it sounds like something that’d be up your alley then it’s definitely a well made beer and shouldn’t disappoint." 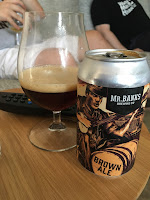 Mr Banks opened in the Melbourne South Eastern suburb of Melbourne in 2016. They've quickly established a reputation for brewing excellent classical examples of the styles they are trying to produce. I really like that these guys have a Brown Ale in their range; they're really under appreciated in this country!

"A pretty classic brown ale, with nutty, toasty malt that has a rounded and lingering flavour profile. Definitely not on the hoppier side of things, but if you want a drinkable, malt driven brown then this is a good one."


It really was a beer that is hard to write about; it's a very good, straight up & down example of a Brown Ale. I've always thought this Brown Ale has good bitterness without being overtly hoppy - malt is definitely the driving factor, but the bitterness is still there. 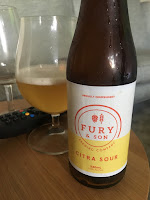 Fury & Son are another beer brand that opened in Melbourne in 2016.  They've subsequently opened their own brewery in the North Western industrial suburb of Keilor. I really intrigued to try this beer, a mid-strength hoppy sour is something that really should work in the Australian summer - which is why it's strange that we don't see many here...

"I first had this a while back and there was so little tartness that it might as well have not been there. I think it threw the balance off the beer as a whole. I’m happy to report there was a fair bit more this time - it’s still quite a light beer (and the ABV reflects that) but there’s a nice hop/acidity balance now. Super drinkable. " 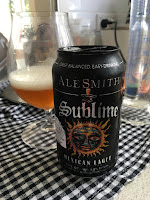 The only international offering in the January Beer-Thusiast pack is a Mexican Lager, of all things, from Alesmith in San Diego. Brewed in collaboration with the band Sublime to celebrate the 25th Anniversary of their "40oz. to Freedom" album. Alesmith have taken a traditional Vienna Lager recipe and made it "more refreshing", leaving a sweeter malty Mexican-style Lager.

"Super drinkable. There’s not a lot to separate it from other straightforward craft lagers but it’s cool to see the Mexican lager of all things having a bit of time in the spotlight. It’s a little sweet, very crisp, lightly hoppy. Solid. I’m keen to see more interpretations of the style in 2018 with any luck."


It feels good to have finally knocked this off - having had it 3/4 written for months. Dylan and I are both currently working on the next couple of these and with any luck we'll be back on track soon! I've got a few things that I'm working on right now, so there may well be some more posts before February's Beer-Thusiast Pack review.


Remember it's always Beer O'Clock somewhere in the world!
Posted by Noz at 20:48