Carwyn changed it up a bit in July. This month there were only 2 duplicates accompanied by 8 singles. This pack is one of the reasons Dylan and I ended up falling so far behind in these reviews! All 10 beers in this pack are from Australia - although 5 states are represented. There was a good mix of styles with a leaning towards the maltier side of things, something that is understandable given the winter timing of this pack. 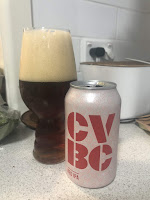 Clare Valley are a brewery with an increasing reputation. Their beers have reportedly gone from strength to strength since their rebrand, which I want to say was early last year. Red IPA's are a great style for the cooler months, and when done well provide some of my favourite Australian beers.

"Rich caramel malt base, you get plenty of fruit from the Citra and Summit too. My main qualm was that the bitterness needed a bit more punch to stand up to the big malts - while the hop flavour was nice, the malts took over a bit as it warmed. Enjoyable regardless."

I think this is the best Clare Valley beer I've had, with the balance between malt & hops really working for me. 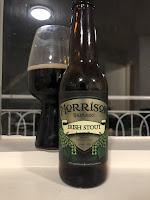 Morrison is a brewery that we don't see much of in Melbourne. They're based in the Launceston suburb of Invermay. From my understanding they're a brewery that focuses on English style of beers. This particular one is an Irish Dry Stout, as the name may suggest. I've had a few of their beers before and never been blown away by any of them - although they have all been solid examples of the style that attempt to replicate.

"Really dry and roasty, nice body for the ABV. I could drink a few of these in a session I reckon. There’s a chocolate liqueur esque sweet flavour that comes through which I quite like, almost fruity." 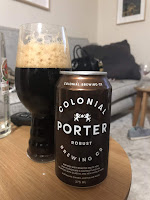 Colonial is one of the growing number of brewers in the country with multiple brewing facilities. Originally from WA, Colonial setup their second brewery in Port Melbourne in 2015. Since then their beers have had much wider reach on the East Coast. This beer is a straight up and down Porter that clocks in at 6.3% ABV.

"Smooth, powdered cocoa and toasty coffee on the palate. Finishes fairly creamy. The ABV is mostly reflected in the body, which holds up well to the little hit of bitterness they’ve got in here. Like most of Colonial’s beers it’s a good example of the style, well priced and pretty easy to drink." 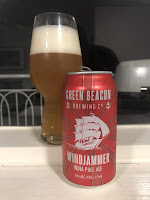 Green Beacon is a brewery that has seen steady growth since launching in 2013 in the Brisbane suburb of Teneriffe. They were one of the first early adopters of canned craft beer in Australia. Their Windjammer IPA is the beer that;s included in the pack. It's their flagship beer, which features Simcoe & Cascade hops.

"Really solid IPA. It’s a bit sticky, with plenty of pine and fruit to round it out. Pours a very attractive golden orange in the glass, with good lacing and a bit of haze. There’s not a ton more to say - I suspect most people have tried this one before - but it’s a very solid ‘everyday’ IPA option." 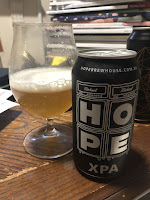 Hope Brewhouse is located at Hope Estate in Pokolbin in the Hunter Valley. It's the most iconic wine region in Australia's most populous state - probably the last place you'd expect to find a brewery. This XPA is widely regarded, and utilizes Cascade, Galaxy, Citra & Enigma hops.

"There’s nothing wrong with this beer, but nothing that really makes it stand out either. XPA’s are becoming such a crowded space in the market and while this is well made and perfectly drinkable, there’s not much here that will make me come back to it. Flavour wise, it’s well balanced, with the typical tropical fruit/light malt characteristics you’d expect." 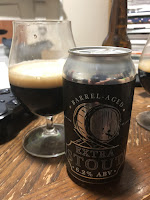 Another beer from Hope Estate, in the heart of NSW wine country, to appear in this pack is the Barrel Aged Extra Stout. There aren't that many sub-8% ABV Barrel Aged Stouts around and at only 6.2% this is particularly low.

"Beefy beer, with stylistically appropriate punchy bitterness and some good roast and malt. Apparently spent some time in wine barrels, which doesn’t come across much at all in the final product. It’s a well crafted and enjoyable extra stout though, so I guess it couldn’t have hurt!" 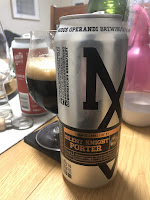 Silent Knight has been a staple at Modus Operandi since their early days. The beer is a Porter that was designed as a small Russian Imperial Stout.
This year it got elevated to their Black Label range - basically 3 of their dar beers that they make sure to brew during the cooler months.

"Not what you’d expect when you hear there’s a Modus beer in the pack, but it’s great to have a look at how they tackle another side of the beer spectrum. This is a very well made porter, one that is immensely drinkable but with enough complexity for those who want to seek it out. The malt leans towards chocolate, which is helped along by the creamy mouthfeel, with bitter hops to stop it from becoming too soft on the palate. Finishes dry with a bit of coffee." 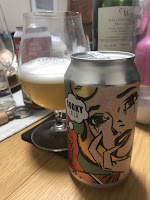 Sooky La La is a Guanabana Berliner Weiss brewed by Social Bandit in Mansfield, Victoria. Guanabana? Is this not ringing a bell for anyone else? I had to look it up and found out that the fruit is more commonly known as Soursop - a fruit I had heard of, but can't say I've tasted. Anyway - I'm really keen to see how it works in a beer!

"A Guanabana Berliner from Social Bandit in Mansfield? Sure, why not! This is probably my personal favourite from this month’s pack - lovely tartness, with an intriguing fruit profile from the Guanabana. Can taste a fair bit of wheat which I always like if the fruit doesn’t dominate. I’d seek this out again." 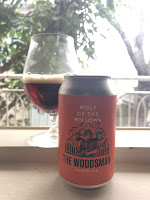 Wolf of the Willows probably fly a little under the radar. Even for someone like me who keeps relatively on top of new releases didn't even know that this beer was about to me released. It's billed as having good stonefruit character from the hops, which excites me a bit.

"I have nothing wrong with malt focused ambers, but I think this one needed some more hop character. It could still be smooth while offering up something more in that regard. The body is nice and the beer goes down easily, but there’s not a heap of flavour and what is there isn’t anything spectacular. I can see what they were going for, but think this just misses the mark."

I think Dylan was a little harsh on this beer. I thought it was a really solid Amber Ale; one of the better Australian ones that I've had, despite it lacking the promised stonefruit flavours... Caramel malts were really good. 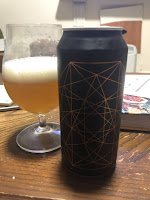 Valhalla is a brewery that not that many people know about. I'm guessing more people are aware of them for their striking can designs than anything else. Aragon is their core range IPA, which uses Centennial hops for bittering alongside Chinook, Mosaic & Summer for flavour.

"These cans are awesome! Striking and minimalistic design. Sadly, the beer didn’t wow me anywhere near as much. IPAs have to either do something different or do the usual things super well to stand out and this doesn’t do either. It’s certainly bitter, but there’s nothing else really there apart from that. I suspect I didn’t have this in the best condition (both in terms of can age and my own palate…) so I’d like to revisit it, but I wasn’t impressed."

There we have it guyts that's another one to tick off the list! I'm not sure if we'll quite be up to date by Christmas with these, but we've still given ourselves a chance. I've got a pretty ambitious project in the works for 2019 that I'm currently working on - so stay tuned for more information. In the meantime keep your emails coming at gus.norris7@gmail.com and we'll be back with more outdated beer stuff soon!


Remember it's always Beer O'Clock somewhere in the world!
Posted by Noz at 18:46