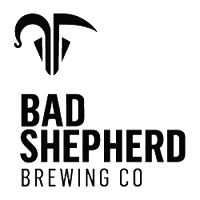 STATS
Husband & wife team Dereck & Diti Hales threw in their corporate careers and started Bad Shepherd in 2015. Their brewpub is housed in a converted warehouse in the back streets of Cheltenham, not far from the Nepean Highway. The brewpub has become something of a community hub in Cheltenham, attracting beer lovers and local workers alike.

Their brewing facility doesn't just house them however. In 2015 they teamed up with another husband & wife team, Scott & Renae McKinnon of Wolf of the Willows, to build the wonderful brewpub and production facility that has become so attached to their brand.

Bad Shepherd originally made their name making a really interesting core range, the Raspberry Wheat & Hazelnut Brown spring to mind. Their core range has been a little harder to find in recent years as they've focused more on limited releases.

The brewpub is on a relatively quiet street in Cheltenham. As you walk up the stairs to the brewpub their is a large decking area on the front right. The tiled bar is in front of you as you walk in and runs a pretty significant amount of the way from front to back of the brewery. This draws your eyes to the stainless steel, which takes pride of place at the back of the warehouse.

As you can see in the picture above, it's quite a well lit warehouse with a high roof. There's plenty of timber and exposed steel in the construction of the building and this has been incorporated into the fitout, which is quite minimalist and modern. The tables are quite large, which is a good thing as Bad Shepherd's food is plentiful! They've become known for their American BBQ, it's pretty good although, as it's BBQ, it is a little on the expensive side. 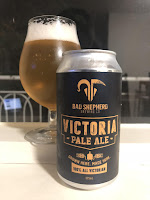 There was only ever one choice for their beer in this list; Victoria Pale Ale. This beer is brewed with 100% Victorian ingredients! The hops come from Barrett Burston in Geelong, the hops (Vic Secret & Topaz) from Hop Product Australia's Rostrevor Farm and the  piece de resistance, Melbourne No. 1 Ale Yeast - unused & in storage at White Labs since 1936!

The idea is wonderful, and might I add perfect for the project I'm undertaking this year, however the thing that really matters is that the beer is good. It's a 4.2% summer ale and so accordingly it's quite a light bodied beer, with malt taking a back seat. The hops again don't provide a heap of flavour or bitterness, however there is some fruitiness from the yeast.

I've heard that Bad Shepherd are looking to make Melbourne No. 1 their house yeast so watch this space... I think this yeast could work really well in a big IPA or Imperial IPA.

Remember it's always Beer O'Clock somewhere in the world!
Posted by Noz at 00:22