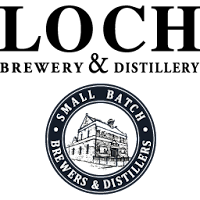 STATS
Twenty minutes further down the road from Howler Brewing Company you can find another brewery that calls an old bank (& the butcher next door) its home. Loch Brewery & Distillery is housed in a 100 year old, red brick former bank in the quaint town of Loch. They've been producing beer there in 2014; however their journey to becoming a brewery is a bit different to most...

The team behind Loch's first passion was whisky. Trips to Tasmania and the U.K. followed for Craig & Mel, where they learnt more about the art of good Single Malt visiting some distilleries with some breweries thrown in for good measure. On this trip they learnt that to make good whisky you have to be able to make good beer. (The overly simplified explanation of whisky is that you brew a base beer and then distill it.) To use their own words "if you needed 80% of a brewery to make a whisky beer, why not complete the extra 20% and brew some good old fashioned Ales."

That is exactly what they did. They designed their own brewing system and had it made in nearby Langwarrin. The brewery fits snugly into the old butchers shop next to the wonderful brick building pictured left that functions as their distillery & cellar door.

The cellar door is beautifully presented with the copper still taking pride of place in the middle of the main room. The bar greets you as soon open the big glass doors. The walls are covered in shelves proudly displaying their wide range of products & shelves. When we visited there were a number of groups dotted around the place. For those of you with furry friends, there is a lovely little beer garden between the two buildings where you can sample the wares. 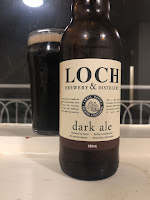 The beer I'm sharing with you today is the Dark Ale. I had this both on cask at the brewery and in a bottle that I took away with me and both were great. It had everything you'd expect from an English Dark Ale with chocolate malt characters the most prominent, with roast and smoke also both present. There is an earthy bitterness that balances the beer. On cask it's incredibly smooth, as you'd expect. It'd be a wonderful beer on a winter's visit to this picturesque brewery.

Remember it's always Beer O'Clock somewhere in the world!
Posted by Noz at 03:41