WOLF OF THE WILLOWS 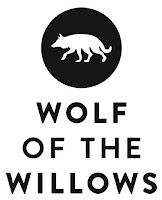 STATS
Scott & Renae McKinnon, started Wolf of the Willows as a contract brewing operation in late-2014. At the time they were entering a relatively crowded market, not as crowded as it is now admittedly, so had to stand out some how. They went about it by having striking branding and one of the better names out there.

The inspiration for the name of the brewery took inspiration from the work of Pliny the Elder, the Roman naturalist, better known in beer circles for the IPA named after him from Russian River. He is credited with the first description of hops, which he described as lupus salictarius, in English "wolf among the willows".

The three beers that became their core range followed over the next year, before they managed to secure a brewing space of their own. Well sort of... They share a brewing facility with Bad Shepherd, located on a back street in Cheltenham. Moving from a contract/gypsy operation to a physical brewery has allowed Wolf of the Willows to massively expand the range of beers that they brew & fine tune their already excellent core range.

As mentioned above, Wolf of the Willows share their brewpub with Bad Shepherd. As such much of the following is recycled from the Bad Shepherd post. As you walk up the stairs to the brewpub their is a large decking area to your right. The tiled bar is in front of you as you walk in and runs a pretty significant amount of the way from front to back of the brewery. This draws your eyes to the stainless steel, which takes pride of place at the back of the warehouse.

As you can see in the picture above (photo credit: City Lane), it's quite a well lit warehouse with a high roof. There's plenty of timber and exposed steel in the construction of the building and this has been incorporated into the fitout, which is quite minimalist and modern. The tables are quite large, which is a good thing as the food is plentiful! The brewpub is known for their American BBQ, it's pretty good although, as it's BBQ, it is a little on the expensive side.


As much as I love their original beer, the XPA, I'm going to review the Lark Barrel Aged Imperial JSP. Partly because the artwork is great & more imporantly because was a seriously interesting beer! It's the first beer in what's expected to be a series, of barrel exchanges between Wolf of the Willows & Lark Distillery in Tasmania - where selected barrels will be sent back and forward and re-used. I'm pretty excited to follow these releases from both producers. 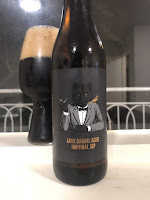 This beer is a malty beast! The character that really surprised me was the smokey ham flavour, that I normally associate with Rauchbiers, which was the dominant flavour and aroma of the beer! Alongside it were layers of malt with heaps of chocolate, roast & molasses. There was some whiskey notes, although I think they could've been stronger with the warming quality the most noticeable indication that it had spent time in barrel - alongside the slight oxidation these types of beers experience.

All-in-all, a really intriguing beer and I will certainly be picking up the next release from this season. It should also be noted that Lark are re-using the barrels that had beer in them and will be releasing a single malt called The Wolf Edition at some point in the future.

Remember it's always Beer O'Clock somewhere in the world!
Posted by Noz at 23:07

Email ThisBlogThis!Share to TwitterShare to FacebookShare to Pinterest
Labels: Australia, Imperial Porter, The Year of Local