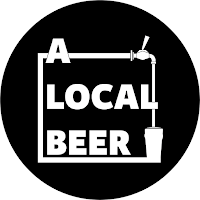 STATS
A Local Beer is a craft beer brand that launched in 2018 after a conversation between 5 mates. I say brand as their mission is different to most entering the industry. The group behind A Local Beer wanted to be more than a beer brand. They wanted to spark a conversation about issues that were important to them & give back to their local community, through the medium that is beer. 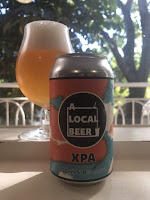 The group were inexperienced home brewers so teamed up with the guys at The Craft & Co, one of Melbourne's leading contract brewers, to ensure their beer would be spot on. As part of their giving back to the community they've teamed up with POUR AF, a Melbourne based art collective, to design the artwork that emblazons their cans.

In my eyes, their most important collaboration is with SecondBite. SecondBite is an organisation that helps to combat food waste, whilst feeding the less fortunate nutritious food that they may not otherwise be able to afford. For every pint or 6-pack of A Local Beer that is purchased, a meal is provided to someone less fortunate through SecondBite.

I really wish the guys luck! Food wastage is a huge issue in Australia & if this makes more people aware of the issues it can only be a good thing. They're planning to run events around the issues that matter to them and will be continuing to partner with the Melbourne art community. These guys have got ambitions to one day have their own sustainable brewery and tap room down the track, but that can only happen if the beer is good enough...

So at this point they only have one beer, I've been assured there will be more sessionable offerings to follow, so the review is naturally about that; their XPA. It's a good example of the style. The malt bill is slightly sweet, but offers little flavour. It sets a lovely base for the hops to shine and there is a good amount of citrus, predominantly orange, and a fair whack of bitterness. It's a beer I will be looking out for on tap so that I can support a great cause as well as have a great beer.