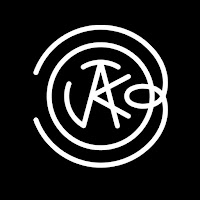 STATS
Bojak Brewing is a relative newcomer to the Melbourne craft beer scene, with their brewpub opening in December last year. It's owned and operated by award winning  home brewer, turned pro brewer, Dale Messina & his wife Sue. The brewpub model is becoming more and more popular in Australia, with brewers looking to engage their local community more and more rather than look at large distribution models where quality can be compromised.

The brewpub is located in the outer suburban hub of Dandenong, approximately 30km from the Melbourne CBD. It's probably not the first area I'd think of to start my brewery, although in saying that it's an area with a large population and plenty of young families...

Currently they're brewing on a 500L Braumeister, servicing their own bar. They have a canning line coming in April and will have small amounts of cans available at local restaurants, bars & bottle shops going forward. At the moment you can also get their beer to takeaway in Crowlers at the brewpub.

The venue is a pretty wide fronted warehouse, which is far deeper than I expected. The taproom can seat 40-50 people, so is on the smaller side. There's some graffiti style artwork on the wall, with industrial style tables scattered about. The stainless steel is pretty much hidden, although there are small windows above the urinals to look through to the stainless. 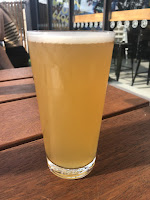 We sat outside in the little beer garden they've built into their car park. It was a real suntrap on a cool early autumn day in Melbourne. We didn't have any food, but the pizza's that went passed us looked & smelt great!

Bojak has one of the more stylistically diverse ranges around at the moment. I've settled on their NEIPA as I think it was their best beer I tried on the day we visited. It's called Calypso, a nod to the tropical flavours that are so present in the beer. I think the thing that really makes this beer standout is the lack of astringency - which is saying something for an Australian NEIPA. It's definitely one worth visiting the brewery for.

Remember it's always Beer O'Clock somewhere in the world!
Posted by Noz at 01:39