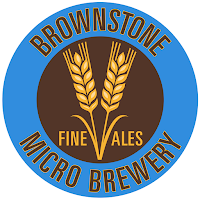 STATS
Brownstone Micro Brewery is something of an enigma. here is very little readily available information about the brewery. That is with the exception of Steve "Hendo" Henderson's involvement in the project. This is exactly the type of brewery that inspired this segment. Brownstone Micro Brewery released its first beers in 2015; however, the brew house has been on the site far longer than that... 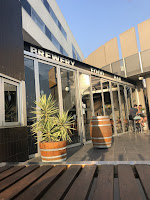 Brownstone Micro Brewery came into existence in 2014 when Atura Hotels bought the former Chifley Hotel. As part of that purchase came the Coldwater Creek Tavern & their 500L brew house. A rebrand ensued and now Brownstone Micro Brewery stands as a training ground for some of the up and coming stars of the Victorian brewing industry.

Brownstone is situated in probably the last spot I would expect to find a craft brewery. It's based in the bottom of what looks like a typical conference hotel in Eumemmerring, a suburb most Melburnian's would not know existed, near Dandenong.

The beer garden is huge - it'd seat at least 100 people - it's paved with faux-bluestone and is in front of the venue. Once you enter the brewery, the faux-bluestone continues & you find an area very similar to outside just under cover. There's a few barrels scattered around & there are plenty of typical beer garden tables & benches. It looks quite a lot like some of the newer RSL's that you come across throughout the suburbs. 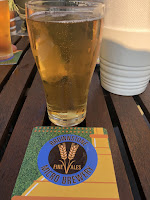 The RSL vibe continues into the menu. It's the sort of menu you'd expect to find at any local pub, with a number of specials on offer. We ended up getting a burger with chips & a beer for $15 - which is unbelievable value in this day & age. The burger was more than worth the price.

Little Brew Peep is the beer that we're reviewing today. It's their lager, however it isn't a cheap nasty Carlton Draught imitation; it's a proper Czech Pilsner. It's brewed with Saaz & Hallertau hops & 100% Australian malts. It's a really clean lager, that's very refreshing and is quite bitter. It's a beer that I can see being popular amongst the local punters popping in for a beer & the craft drinkers alike.

Remember it's always Beer O'Clock somewhere in the world!
Posted by Noz at 06:01