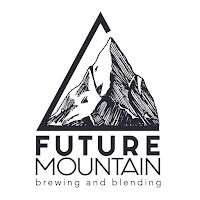 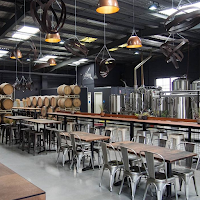 The brewery was started by Ian Jones, Shane Ferguson & their respective partners. The pair met on the brewing floor whilst working at fellow barrel loving brewers, Boatrocker. Quickly they realized that they shared a lot of things in common, including what they thought their ideal brewery would look like. Hint; it includes lots of mixed fermentation & barrels!

Fast forward a few years, after both gained further industry experience at the likes of Hop Nation & Temple, and the pairs brewpub has opened in one of the more unlikely areas of Melbourne. Reservoir is certainly not the first place I'd think of to find a craft brewery, let alone a craft brewery specializing in sour barrel fermented beers.

As you arrive at the venue, it looks like a typical brick warehouse that you'd find in the are. Inside, is very different; it's one of the better warehouse conversions that I've been to. The brewery has two distinct bar areas. The front bar is relatively small & cosy & would be reminiscent of many older pubs around Melbourne, if not for the large windows across the front which let in heaps of light during the day time. There's painted exposed brick, those metal chairs that seemingly every brewery has these days & plenty of tables.

The back bar is completely different. You walk out of what would formerly have been the reception/showroom area into an expansive, high roofed warehouse. The stainless steel runs the length of the back wall and looks great. To your left are an ever increasing number of barrels with a great little area tucked away between them. The large open space was taken over by a function they had that night, whilst a food truck was also pumping out pizzas. 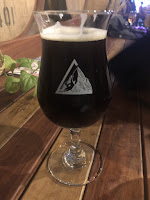 Despite Future Mountain being known for their barrel aged beers, I'm going somewhere completely different for the beer review. They always say to stay true to your roots and hence Radio Kaliningrad is getting the call up; after all Czech Tmave's are the reason I got into craft beer & there are just so few made in Australia.

I was very impressed with the beer. It's brewed in tribute to U Fleku's world famous offering. It captures the dark chocolate & fruit flavours nicely with chocolate dominant. There's a touch of roast, although there could be more, whilst the hops are grassy and provide some bitterness. It's crisp, well fermented and has that little bit of residual sweetness I like in the style. If it had a touch more bitterness, whether from roast or hops, I think it would be exceptional! It's also important to note that the sour barrel aged beers were also really impressive. I will definitely be keeping my eyes on these guys!