By now I hope you'd know the deal with these posts; if you're new to these welcome, you'll pick it up pretty quickly. Basically Dylan & I review the Beer-thusiast Pack, curated by Carwyn Cellars' subscription service Schmooze.

The Beer-thusiast Pack is delivered to your door monthly. It's composition is a complete mystery until it arrives - although it's likely to include a number of local offerings. Each month 12 beers arrive, recent packs have included 5 duplicates. As many of you know I'm not generally one for duplicates, which is where Dylan comes in. Dylan & I drink our duplicates individually and split the two singles before coming back to share our thoughts with you.

The packaging has changed from Carwyn/Schmooze has seen me remove the little picture that normally appears about here. I don't think it really matters as you'll see the lineup down below in any case. It was a bit of a mixed bag this month stylistically, whilst 5 of the offerings came from Victoria. We're running a little behind this year with various commitments and the huge Year of Local undertaking, so without further ado here's January's pack. 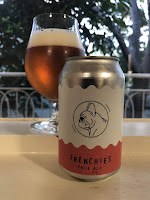 It's somewhat unusual to see a core range offering pop up in the Beer-thusiast Pack. I have to say this didn't initially excite me, despite having had very few beers from Sydney based Frenchies. That was until I looked into it a little more and found it was brewed with Comet, an American wild hop - that piqued my interest!

"I appreciated that this was trying something a bit different with the hop profile - using Comet as the primary hop in your pale is not something you’d see much nowadays! Much like Stockade using Fuggles in their Chop Shop I always dig when a brewery looks beyond the standard for their recipe, especially in a core range. The hop character was nice, some good stonefruit and citrus. The malt didn’t do a lot for me and I found it had a bit of raw alcohol which was odd for the ABV. Worth a try nontheless." 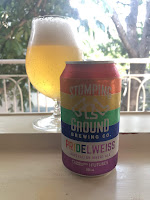 The Pridelweisse is a beer brewed by Stomping Ground each year to support the LGBTQI community, with 50 cents from each can/pot going to support a charity that helps support aspiring LGBTQI community members in the arts. This years iteration appears to be very similar to last, basically a hoppy wheat beer.
"I feel like I write about this beer every few months! This is the best incarnation of it yet I reckon - a really well balanced hoppy wheat beer, which you don’t see heaps of. Clean, refreshing and zippy. "

We have indeed written about this before - you may notice a strong similarity in the preamble - however that was back in January 2018. 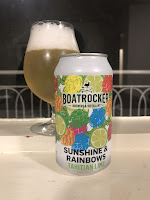 I was pretty excited when I saw that Boatrocker had added Tahitian Limes to their excellent Table Beer, Sunshine & Rainbows when I first heard about this beer. Apparently they juiced 700 Tahitian Limes, those who've had them know they pack a serious flavour punch, and added it to the brew.

"It no doubt says more about the general standard of releases they put out, but this was the worst Boatrocker beer I’ve ever had. Too light, with lime dominating, but without any of the tartness or juiciness you’d associate with that. I didn’t dig it at all, which is a shame as I’m a big fan of the regular S&R."
I have to agree - this did not work at all! Completely dominated by the lime, it wasn't particularly tart and didn't have any of the qualities that make the original such a lovely beer. A rare miss from Boatrocker. 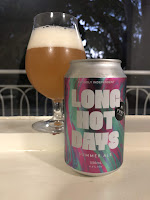 I wasn't overly enthused when I saw this beer either, the label put me off a bit and I thought this might have been a market share grab by Fury & Son. I haven't seen the beer start popping up in chain supermarkets so maybe I misjudged them. In any case, it's a 4.4% Kolsch/Summer/Session/Golden Ale.

"My palate must have been in the sweet spot for this because it really surprised me. Lots of citrusy hops, with solid bitterness and lingering fruit. It’s a session ale, so don’t expect the world, but I’d definitely go back for more of this."

I did not like it as much. I don't know if there was some can to can variation, but mine was an OK example. 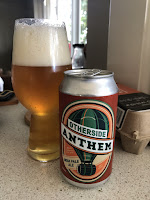 It's so refreshing in this day and age to see a 6%+ IPA with bitterness being brewed in Australia. It's not hazy, it's not fruit juice, it's a proper bitter IPA. At least, that's how it is billed. We're seeing more and more stock from Otherside in Victoria now and I keep being impressed by their beers.

"Lots of stonefruit and melon. Nicely balanced IPA, not too heavy on bitterness. Good body and length. One of those well executed, straight up and down styles that is hard to write a heap about, but it’s a very solid Australian IPA."

It's beers like this that make me wish Australian brewers would stick to what they're good at. This is an excellent West Coast IPA. 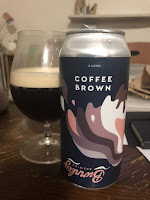 Burnley are really kicking goals at the minute. I think as more people discover them that they could be one of the hot breweries of 2019. First things first, well done on doing a nitro can, it's something I wish we would see more of in this country. A coffee infused Brown Ale seems like the perfect beer to use as a trial.

"Smooth and creamy from the nitro. Well crafted and executed. I didn’t get tons of coffee flavour, but the brown ale has some nice rich, toasty notes. Very easy to look at, very easy to drink." 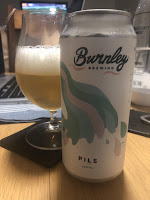 As regular readers would know I rate Burnley's Vienna Lager as the best lager produced in Australia. Accordingly, I had high hopes that this Pilsner might also be of a really high standard.

"These guys know lager, and this is very solid as you’d expect. Very floral and crisp, with light bitterness and appropriate body. The kind of beer you’d be glad to have in the big 500ml cans they come in. "
It's certainly not as good as the lager, but it is a solid Pilsner offering. I'm expecting to see more Pilsners popping up in Australia in the coming years, as the style is perfect for our hot summers.

We're hoping to get this segment back under control relatively soon, although the priority will remain with the Year of Local. Things maybe a little quiet next week, what with Good Beer Week & all, but I'm still hopeful of getting a few posts out to you shortly. Also, for those of you asking about it, there should be a podcast out in the coming days.


Remember it's always Beer O'Clock somewhere in the world!
Posted by Noz at 21:02