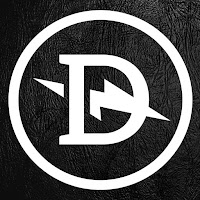 STATS
The Dainton story starts in 2008. In a story repeated around the world, Dan Dainton began playing around with a homebrew kit that his Mum got him for Christmas. Dan made some truly awful beers. They began to improve around the time he got a job in a homebrew shop. Federation Uni followed. Fast forward to 2011; Dan won Champion Australian Pilsner in the Amateur Awards & landed himself a brewing job at what would later become The Crafty Squire. 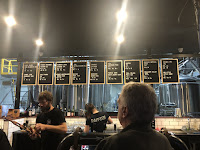 2012 saw a move to Holgate in Woodend to continue learning his trade. Not long after starting at Holgate, Dan's old man Kev spoke about starting their own label. They contract brewed their first beer, Red Eye Rye, in the middle of 2013. Such was their success that they had to brew at 7 different breweries over the next two years as they were exceeding the available capacities.

2015 saw them secure their site in Carrum Downs and construction of the brewery began almost immediately. The first beers were brewed in the middle of 2016 before the grand opening of the bar in July with 6 Dainton beers on tap.

Dainton's facility is huge! One of the benefits of being so far from the CBD. The bar would be the best part of 50m from the doorway you walk in through. Behind the bar the tanks stretch for probably just as far again. It's a really new looking building, it may have even been built for Dainton, and there is plenty of exposed steel around. 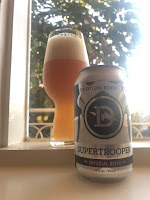 I actually thought their was a little bit of brand incongruity between Dainton's very out there beers and outward perception compared to their actual home which was very run of the mill - sort of an out of the packet brewery. Apparently there is some street art, more in line with what I was expecting from Dainton near the stairs, but it certainly wasn't as out there as I was expecting/hoping.

Onto the beer & I had to go with something typically Dainton. I settled on Super Trooper, their 10% Imperial New England IPA. Ignoring the egregious IP infringement on the can artwork; the beer itself is seriously dangerous. There's next to no sign of the high ABV as it's hidden behind this wonderful wall of juicy mango and peach juice. It's a fabulous beer & a sign of what Dainton can do!

Remember it's always Beer O'Clock somewhere in the world!
Posted by Noz at 20:12