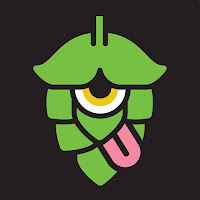 STATS
Kaiju! Beer was born out of the Golden Axe Cider company in 2013. It's true, but it's also a very simplistic way of looking at the journey brothers Nat & Callum Reeves, alongside Callum's wife Clara, have been on since they started gypsy brewing at Cavalier Brewing in Derrimut all those years ago.

They initially launched as Monster Mash rather than Kaiju! Beer. That didn't last long however as Monster Energy drink took exception with another beverage company sharing their name. Rather than spend money they didn't have on an expensive IP case, they renamed themselves Kaiju - Japanese for Monster - & added Beer for good measure.

By 2015, with legal issues behind them, the trio announced that they would be opening their own brewery alongside fellow Cavalier graduates Exit Brewing. They opened their own brewery in Dandenong South & bucked the trend by not including a hospitality arm to the business. They've become famous for their liberal, some would say excessive, use of hops.

Kaiju is one of few Australian breweries that I vividly remember the first beer I had from them. It was Grand Final Day, 2013. Barely a week after they'd released their first beer; Aftermath, a 9.1% Imperial IPA. That was back in the day when they were still named Monster Mash, before legal issues saw their name changed to Kaiju.

They have always had one of the most distinctive brands on the market. These designs have only been accentuated by the move to cans in recent times - I mean look how striking that Hopped Out Red can is below! As I have mentioned numerous times, and I'm sure I will mention numerous more times in The Year of Local, the key to a gypsy operation is great branding alongside great beers. 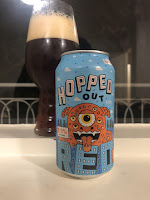 Kaiju combined both so successfully that they managed to turn their gypsy brand into a physical brewery. I could've taken the easy option and reviewed the Kaiju Krush, the beer that really put Kaiju on the average craft drinkers radar. Hopped Out Red though is the beer in their range that really resonates with me.

It's a superb Red IPA/Hoppy Red Ale that I am seriously impressed by every time I buy it. It combines a really full bodied malt bill, with layers of caramel notes. There's a good whack of hop bitterness, which also provides heaps of American hop characteristics namely pine & tropical fruit notes. If you're looking for a well priced Red IPA, look no further!

Remember it's always Beer O'Clock somewhere in the world!
Posted by Noz at 07:02