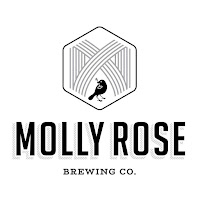 STATS
It's been a long journey but Molly Rose Brewing has finally opened the doors to their own cellar door and brewery in Collingwood, the Melbourne suburb that is quickly becoming a craft beer hub. It's taken the best part of 3.5 years and has seen owner & brewer Nic Sandery travel the world learning more about his trade. 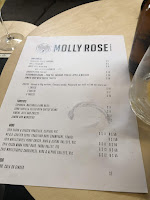 After gaining experience at the likes of Stone & Wood, Little Creatures & Holgate, Nic packed in his job and set about launching one of the first crowd funding campaigns for an Australian brewery. Unlike many campaigns it wasn't for a new canning line or fermenters, it was for a laptop.

With that funding target achieved in early 2016, Nic set off on a beer fact finding tour taking in the usual suspects like Belgium & the United States, as well as more left field craft beer scenes in Japan & Slovenia to name just a few. You can still read all about his journey in the blog tab on the Molly Rose website.

Upon returning from his trip Nic began working at a few Victorian wineries, to learn more about their methodology, whilst plotting the first brewing steps for Molly Rose. The first beers appeared in late 2017 as part of his Foundation Series, which were inspired by his overseas fact finding trip. The beers were packaged in 750ml bottles and were really well presented. This has continued through his sporadic releases since, you can always tell a Molly Rose bottle when you see it!

Fast-forward to June 2019 and the Molly Rose taproom and brewery opened. The brewery is located on the north end of Wellington St, up near The Gem for those who know the area. It's located in a small single sawtooth warehouse that is dwarfed by the buildings on either side. It's not really the sort of location you'd expect to find a brewery. I don't usually post the full food menu, but I thought Molly Rose's was incredibly well thought through whilst still being easy to serve without a full kitchen setup.

Inside the fitout is relatively minimalist. The taps are mounted onto a plyboard room that has been painted black. The right hand side wall is lined with the same thing, whilst part of the roof is covered with unpainted plyboard. There's some stainless steel in the back right hand corner, whilst there are a number of small tables and stool around. 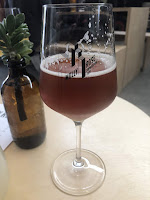 Despite my description, it's beautifully presented. There's a lot of little touches that make the brewery what it is, including the little succulent cutoffs on each table as well as on the bar. It's the sort of touches you almost expect from a brewery named after the owners grandmothers. Free serves of popcorn topped with Togarashi, an inspired choice, just really topped off the experience.

Millions Of is the beer that I've chosen to review. It's a Biere de Garde, which is cool in and of itself, however this one has spent time in barrels with peaches. All of that is apparent to taste; you get that distinctive Biere de Garde sweetness upfront, whilst there is some funk & just enough peach flavour following in behind. It's a beer that I would love to see them bottle so that I could put one away for some time - I think it would improve fabulously with age.

Remember it's always Beer O'Clock somewhere in the world!
Posted by Noz at 07:10