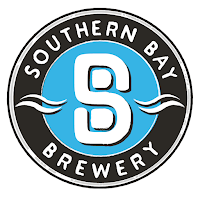 STATS
Southern Bay is one of the older Victorian breweries. Their history is significantly longer & more complex than most craft breweries. Southern Bay has been around in some form or another for over 30 years, although they only became Southern Bay in 2005. Considering their age, they have a very low profile as for much of that time they didn't produce their own beer.

That all changed in 2012, when the brewery underwent a major re-brand and began releasing beers under their own name. They brought in Steve "Hendo" Henderson, a name that if you're not already familiar with you definitely will be if you read all of The Year of Local posts, and started producing a few really nice, albeit more on the entry level side, beers.

They underwent another re-brand in 2018 and ended up where we are today. Their core range now consists of a Lager, a Pale Ale & a Session IPA. This isn't particularly inspiring in the current climate, however you don't see much Southern Bay beer around in Melbourne and maybe this better suits their local market? Southern Bay are still predominantly a contract brewery and a number of brands produce their beer on their large rudimentary 1950's kit.

It would be remiss of me not to mention the controversy that has engulfed Southern Bay in 2019 to date. Both incidents relate to poor social media management and are a really good example for what not to do! The first involved the publication of a meme on Facebook in February, which fell afoul of the ABAC guidelines pertaining to the promotion of binge drinking. This resulted in the removal of their social media team & director Nick Warming taking over the management of their social media feeds. 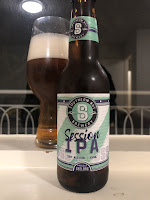 Fast forward to June and Southern Bay again ran into issues with social media. This time they posted a meme that can only be described as homophobic. This led to significant community backlash and their 'social media strategy' of posting random beer related memes was called into question. Nick Warming, eventually, took responsibility for the post, showed genuine contrition and then resigned from his directorship.

I decided to review the Session IPA from their core range. As soon as I cracked it the aroma reminded me of the smell of US IPA's from when I first started drinking craft beer. I'm guessing, with what I know now, that this beer was probably a bit old and a bit oxidised. It certainly wasn't offensively so, it packed reasonable bitterness and at 3.8% I'd quite happily have a few more.

Remember it's always Beer O'Clock somewhere in the world!
Posted by Noz at 00:02