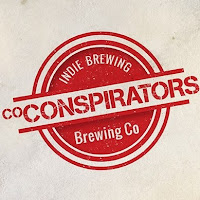 STATS
CoConspirators Brewing Co launched in late-2016 with a big West Coast IPA called The Henchman. It came complete with some wacky artwork that would become their signature. It's this artwork that has allowed CoConspirators to become one of the most recognizable gypsy brewers in Melbourne, if not around the country, in the space of just 2 and a half years.

The company was launched by 4 friends, two couples Jacqui Sacco & Tim Martin and Maggie & Dean Smith, who met as part of the Merri Mashers home brew club. Both couples had won home brew competitions allowing them to brew their wares on a commercial scale, at Kooinda & Clifton Hill respectively. Over a celebratory pint, or two, the idea was born to start their own brewing endeavours.

They brew a really diverse range of beer, predominantly focusing on hoppy & sour offerings. Each beer bears the name and image of a particular character. At first their was a sort of underworld theme to these characters, in line with some of the connotations around the word Coconspirators/conspiring, although this has definitely softened in recent times with characters like The Distributor appearing in the range.

Their brand and packaging was design by Melbourne designer Clint Weaver, better known as Pocketbeagles. Their design is simple with the character taking pride of place on their respective block colour cans. The brand continues the slightly mysterious connotations by adding ciphers to the back of their cans that need to be decoded to unlock further information. I believe that the strength of their branding has really helped them stand out and should act as the inspiration for other would be start up gypsy operations. 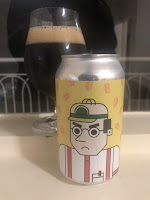 The quartet are currently brewing at Bodriggy & Dainton, having started out at the 100 Acres Brewery in Warrandyte (which is The Public Brewery's production facility). Gypsy brewing is a difficult game, let alone when your brand is as in demand as CoConspirators. They have dreams of one day opening their own brewpub and to quitting the constant search for spare tank space that is gypsy brewing. That may be sooner than we think with their search for a venue currently ongoing.

Whilst I could've reviewed any of their well known hoppy offerings I've decided to go in a different direction. The Beancounter is an English Porter that has had cold drip coffee added. They've done really well to balance the coffee notes with the chocolate, roast and caramel notes that they are also extracting from the malts. It's a beer that I really hope keeps appearing each winter!

Remember it's always Beer O'Clock somewhere in the world!
Posted by Noz at 03:07