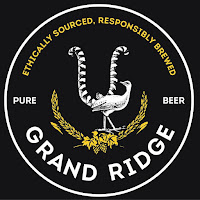 STATS
The craft beer landscape was very different when Grand Ridge opened the doors to its converted butter factory in Mirboo North, deep in the Strzelecki Ranges in 1989. Only two of the remaining Victorian Brewers were open then; the behemoth that is Carlton United & the relatively unknown Buffalo Brewery in Boorhaman.

Current owner Eric Walters was a minority shareholder in Grand Ridge from day 1. He was working for Telstra at the time, before throwing in his job, buying out his 5 business partners & taking full control of Grand Ridge in 1997. They have long been known for their more subtle brewing, making predominantly classic English beers.

It was remarkable successful for many years. The brewery's history is littered with awards; for many years their marketing revolved around the 250+ international awards they'd won and their record 29 medal haul at the 2002 AIBA's.

This didn't last however and the brand receive a much needed refresh in later 2015. This saw the brewery move with the times and begin brewing a range of beers more suited to modern tastes, alongside their classics. This has seen the addition of some limited releases to the range, something Grand Ridge haven't been known for over the journey. Their new Black IPA, Joker & the Thief, is due out in stores this week.

Something that I was unaware of about Grand Ridge is the commitment to sustainability & the local farming community. The brewery is almost fully powered by its 384 solar panels that it installed in 2013 after receiving a Federal Government grant. Their spin off cider brand, Twisted Sisters, came about because Eric heard that local farmers were going to bulldoze their apple & pear trees due to cutbacks from the major supermarkets. He couldn't see that happen & now has 14 farmers growing apples & pears solely for the production of Twisted Sisters Cider.

One of the great things about this project is that it's making me visit breweries that I really should've been to before. Grand Ridge is one of those, how have I not been to the brewery that really started craft beer in Victoria? A two(ish) hour drive East of Melbourne and you come across Mirboo North. I didn't know what to expect from Grand Ridge, but I know it wasn't the slightly run down old butter factory that I pulled up to...

The inside is much better kept. There's a lot of timber, a throwback to the area's logging days. The tables you find throughout the brewery are all made from recycled timber that they found along the river. As you walk in the bar is to your right, whilst the large dining room is to your left. The dining room has a large wood fire place that was spouting out considerable heat. 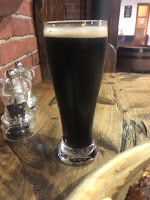 Behind the bar there's a large glass window that you can look through to the stainless steel, always a plus in my books, as well as a mezzanine that has been built over the brewery to add more seating. The restaurant was doing a roaring trade the afternoon I was there & their food was really impressive. Apparently their menu changes every 2 weeks, to ensure that they're using fresh in season produce, in keeping with their farmers first attitude

I had a Winter Warmer on tap at the brewery. It's a Milk Stout that's brewed with vanilla & chilies. It was originally their GABS 2016 beer, the first after their re-brand. It's a pretty bold beer, there's good sweetness both from chocolate/caramel malts as well as the vanilla, which is strong but not overpowering. The chilies provide a tickle of heat on the back of the throat, slightly more as it warms, but by no means hot. I was driving so couldn't try too much of the new range, but if this is anything to go by I will be seeking some more out.

Remember it's always Beer O'Clock somewhere in the world!
Posted by Noz at 00:12

Email ThisBlogThis!Share to TwitterShare to FacebookShare to Pinterest
Labels: Australia, Milk Stout, The Year of Local