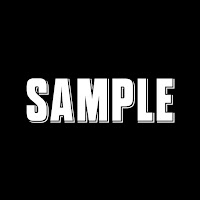 STATS
The news dropped last week that after months of financial difficulty, Sample Brew had been acquired by East 9th Brewing. Sample Brew had built a strong brand and had good sales volumes, so their difficulties were unexpected when they were first publicly announced earlier this year.

The history of the brand is shrouded. There are bits we know, bits we assume & a whole lot of marketing spin in between. So we'll start with what we do know; founder Vedad Huric was an architect who enjoyed home brewing in his spare time, starting out in his parents' garage in Maribyrnong in 2012.

Sometime in 2013 or early 2014 he showed the beer to some friends in hospitality, who thought it would sell. He got the beer brewed somewhere, I assume at Southern Bay purely based on the volume at it's height but haven't been able to confirm this, before beer hit the market in August 2014.

Things seemed to be going fine for a few years with Sample pushing interstate, I believe going nationwide, and having over 500 stockists. Towards the end of 2017 they launched an equity crowd funding campaign. The EOI phase ended and although there was plenty of interest Sample Brew decided against taking on investment partners. In the process of this campaign they flagged the potential to export their beer to China, Hong Kong & other global market, whilst also planning to open their own Sample Brew bars.

None of this happened. Clearly they ran into financial difficulties, I would assume from expanding too quickly. Staff numbers were reported at 9 in 2017, 8 in 2018 & 4 in May 2019. On the 14th May 2019, Sample Brew went into voluntary administration with debts over $300,000 - Vedad Huric is understood to be the largest creditor. 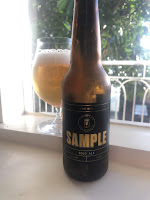 I obviously don't have their books in front of me - otherwise there would be a lot more detail in this post - however I don't understand how a contract brand can be selling more than 500,000 litres of beer and be losing money. Something obviously went very wrong, for a business that should have relatively low overheads.

Anyway, I'm going to review their Gold Ale. The bottle claims that it's their take on a Kölsch, although they've used Ella to bump up the aromatics. The beer certainly doesn't taste like that. The malts are on the sweeter side, with a side of cardboard - I'd hazard a guess that it's old however there is no date code... There is some grapefruit on the nose, although not much, and it doesn't translate to the flavour. The nicest thing I can say about this beer is that I don't think I'm the target audience...

Remember it's always Beer O'Clock somewhere in the world!
Posted by Noz at 00:14