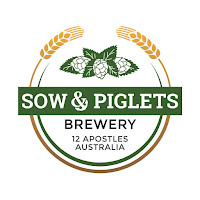 STATS
Sow & Piglets is not your typical brewing story. The brewery was started by John Moloney after he retired. With the help of the guys at Grain & Grape John managed to successfully turn the BBQ area at the bottom of the Port Campbell Hostel into a functioning brewery, which opened in April 2017. 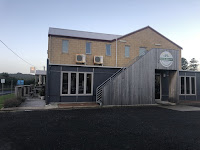 John put plenty of research into the venture, first visiting the Craft Brewers Conference in the U.S. before embarking on a brewing course with SA TAFE. Quickly he realized that to realize his dream he needed some help; and that help arrived in the form of German brewer Julian Widera.

They are predominantly producing German styles of beer, which proved very popular with the locals & hostel visitors alike. The brewery very quickly outgrew its site at the hostel, admittedly that wasn't hard as the brewing area would be under 20sqm, & a second production brewery was opened in nearby Corriemungle almost a year to the day after first opening.

This expansion allowed Sows & Piglets, named after the original name of the famous rock formation "the 12 Apostles" just off the coast near Port Campbell, to begin selling their wares across their region and begin pushing into Melbourne. Their beers have been popping up in a few locations around Melbourne in 2019 & I would expect that to only increase into the future.

The original facility in Port Campbell is one of the more unique breweries I've walked into. You enter from the carpark, through a very narrow area that houses the stainless steel, before entering another door next to the hostel kitchen. If not for the stainless you've just walked passed, it isn't immediately apparent that you're in a brewery. 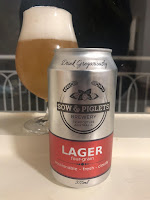 The bar itself is like any hostel bar you'd find around the world. There's a few stools at the bar, which is set into the wall, with heaps of mish-mashed couches scattered around some tables and barrels. There's the usual array of eclectic knick knacks from a mix of cultures. There's also an outdoor decking area which I'm sure would be great to have a beer on in the warmer months.

For the beer this time I've gone with one of their best sellers; the Four Grain Lager. It's a very clean lager, with good malt complexity and some crisp, grassy hops. It's a very German take on a lager, with far more malt character than you would normally find in an Australian brewed lager. I can see why this beer is very popular with the hostel goers in Port Campbell!

Remember it's always Beer O'Clock somewhere in the world!
Posted by Noz at 21:22