We've only just made our deadline of approximately a month after recording, but the latest episode of the podcast is up. It's been a really busy month for both Dylan & I so excuse the even more outdated than usual nature of our news segment!

We're going to rotate some segments in and out, especially early on while we get into the swing of things - so if there is anything you love or hate, please let us know! The idea at the moment is that the podcast will be (roughly) monthly, and we'll try and keep that pretty regular - at least more so than I've kept the blog up to date recently... Basically every month we'll discuss some of the latest news from the beer world, we'll talk about some beers that we've been enjoying over the last month & we'll crack something interesting from my cellar.

On this episode we focused on Alcohol Free Beers as Dylan was just about wrapping up Dry July at the time of recording. We discussed the CUB sale to Asahi and the potential impact that this may have on their historic Abbotsford Brewery. And tackled the ever controversial Australian NEIPA's in our Desert Island 6-Pack. Hope you all enjoy the episode! 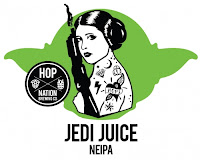 The next episode is being recorded any day now, so we should have another episode up for you very soon. We've been asked to change the way we name our episodes, as Apple don't want 100's of shows titled "Episode X", so if you have any thoughts on how we should name them going forward we'd love to hear from you. If you've got anything you'd like us to discuss or if you just have some feedback or questions please email gus.norris7@gmail.com. Until next time..

Remember it's always Beer O'Clock somewhere in the world!
Posted by Noz at 19:19