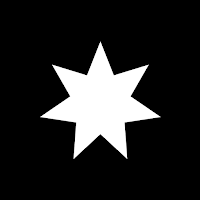 STATS
I was adding the finishing touches to this piece when Hawkers through a curve ball at me on the 5th of August. The old Hawkers was gone & in it's place was a new, very different looking beast. Hawkers' decision to move from away from their high volume core range approach to a more fluid operation focusing on limited releases, is an interesting reflection on the craft beer scene in Australia.

But before we get to the present iteration of Hawkers, it's time to look back at the history of the brand. Hawkers launched their first beers in 2015 to much fanfare. Their co-founder Mazen Hajjar was already well known in craft beer circles in Australia through his Lebanese brewery, 961 Beer, which was the Middle East's first craft brewery.

Mazen has one of the most interesting backgrounds you'll ever come across; before starting 961 Beer & Hawkers he spent time as a war time photographer, banking CFO & founded two different airlines, all before he turned 40!

A chance meeting in 2013 when Melbourne restaurateur Joseph Abboud was visiting his motherland, sparked what would become a very fruitful partnership. Initially Joseph began importing 961 Beer to Australia, before tempting Mazen out for a visit. Mazen fell in love with Australia and less than 2 years after meeting the pair opened Hawkers in Reservoir, in Melbourne's northern suburbs.

To say the brewery was ambitious would be to do it a disservice. When it opened, it had the largest capacity of any craft brewery in Victoria. Within months they had to expand, and substantially so, such was the demand for the beers they were producing.

Their ethos was always around consistent offerings. They had a stable, very solid core range which covered a good breadth of styles. They slowly began adding barrel aged offerings to their lineup, and began releasing many many variants of their popular Imperial Stout, Barley Wine & Wheat Wine, Their labels were simple, probably not the most eye-catching, but they were recognizably Hawkers.

Fast forward to today; gone is the Lebanese Hawker, that we became so accustomed to over the preceding 4 and a half year, & in its stead is The Commonwealth Star. From the horse's mouth; "A symbol of Australia. A self-governing and sovereign nation, a place I am exceptionally proud to now call home. The star is also our nod to the history of beer. For centuries, it was customary for brewers to brand or paint a star outside the brewery and on the ends of their barrels, advertising “Good beer here”. "

The change in look also represent a change in philosophy for Hawkers. The coming months will show just what that entails; but I'm expecting them to be a lot more agile & able to adapt to trends in the market place. I'd also be shocked if they didn't become more of a limited release brewery. The one thing that I implore them to do is not ditch that beautiful West Coast IPA - that I was going to review prior to the re-brand. 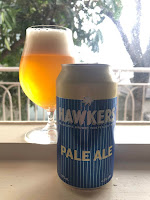 One thing that is still the same is that Hawkers don't have a tap room at their brewery! They are one of very few Victorian breweries who own their own site, who don't have an on-site bar. I'd guess it's something to do with their zoning or the size of their operation. In any case, I wonder if this is something that may change in the future...

It seems only appropriate to review the re-launched Hawkers Pale Ale. As soon as you crack the tin, you know this is a very different beer to their original Pale Ale. It's a much more modern take on a Pale Ale; gone is the floral notes that characterized the last one & in is the well known tropical & stone fruit notes. It's got a good bit of bitterness and is a beer I'd be happy to sink many of!

Remember it's always Beer O'Clock somewhere in the world!
Posted by Noz at 22:48