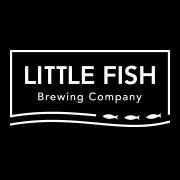 STATS
Andrew Greenhill had been homebrewing for 20 years before convincing wife Suzie to let him launch Little Fish Brewing Company, from their own home! The brewery began producing very small batches on what was essentially a glorified home brew system. Their focus was on producing great beer using as many local ingredients as possible.


After jumping through all the red tape, they began selling to the public in December 2017, initially just offering home delivery within Traralgon before expanding that to the whole Latrobe Valley. In mid-2018 they managed to get their beer into the local Foodworks, which is where I picked their beer up. There are also a number of restaurants around the area that carry their beer. 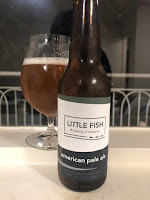 I'm not 100% sure if these guys are still operating, their website is currently down (it was up a month or so ago) and they aren't responding to me anymore when I try and contact them. Hopefully they still are as there were a lot of people in Traralgon and surrounds who were very fond of their brews. It's time to see if these people know what they're talking about.


I picked up the American Pale Ale, I believe they also have a lager & a Hefeweizen. The APA had a good malt bill, which provided a solid biscuity base for the hops to shine. The main hop character was citrus, predominantly grapefruit, although there was also a weird herbal quality that I couldn't quite put my finger on, but it was very familiar. All said & done, it's a pretty solid Pale Ale.

Remember it's always Beer O'Clock somewhere in the world!
Posted by Noz at 04:48