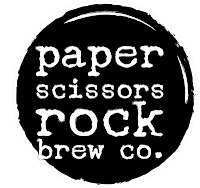 STATS
Paper Scissor Rock Brew Co opened in the Western Victorian town of Halls Gap in April, 2019. It was the brainchild of 3 locals; Pat Calvird, Marty Schoo and Will Hudson. As with most breweries the idea to start one started over some beers, with the trio hoping to bring more tourism to Halls Gap in the way Bridge Road has turned Beechworth into a tourist destination.

The setting was a beer tasting night, like many of you will have attended. It was early 2016 when Will & Marty got talking and eventually approached their other homebrewing mate Pat with their idea to bring craft beer to the Grampians & in particular Halls Gap.

The rest as they say is history. They've grown rapidly and look like having to implement the second stage of their plan within 6 months of opening. The brewery at Halls Gap is barely keeping up with demand at their brewpub & it looks like they'll soon have to brew offsite to keep up! This will also allow the trio to spread their beer further around the region & hopefully with some packaged stuff makings its way to Melbourne.

I'm not going to lie, my first thoughts when I saw there was a brewery opening in Halls Gap was along the line of; "Damn, that's a long way!". On the other hand, I was pleased to see an area devoid of craft beer options getting a craft brewery. Thankfully, I had another engagement in the Grampians last weekend and managed to swing back via Halls Gap.

The brewery is located inside the old Visitor Information Centre, complete with all the glass walls that come with that territory. It works well for the brewery as their location is so picturesque. The floor is polished concrete, again something that wouldn't look out of place in a regional information centre. They've gone with the tried and tested method of timber and metal tables, of a variety of heights and sizes. 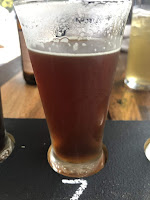 We visited not long after they'd opened on a Sunday morning. The tasting room was surprisingly busy for that time of day, with a number of families playing board games or setting up on one of the huge communal tables for a family lunch. This slightly contrasted with the playlist, which was mostly Aussie Hip Hop.

I enjoyed a tasting paddle of their beers, before settling on the Red '67; a Red IPA. Initially brewed with 67 of everything you can thing of (IBU, 6.7 ABV, Red X % in malt bill etc.) the current recipe clocks in at 6.9% to provide a little more body. The resulting beer is really good. There's sweetish caramel malts, offset by relatively assertive citrus hop flavours & aromas. I think it's a touch on the sweet side & could do with a little more bitterness as it would be cloying by the end of a pint.

Remember it's always Beer O'Clock somewhere in the world!
Posted by Noz at 20:11