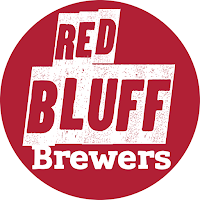 STATS
Red Bluff Brewers is one of the breweries I learnt about for the first time through this project. They have been brewing commercially in, until recently, one of the biggest craft beer wastelands in the state since late-2017. Started by two mates Damian Witham & Wayne Burnett, with the idea of bringing craft beer to East Gippsland.

The brewery is in Lakes Entrance, a popular holiday town about 4 hours east of Melbourne in East Gippsland. It's population is almost 5,000, who are mostly employed in either the tourism or fishing industries. It's a beautiful part of the world that was screaming out for a brewery! 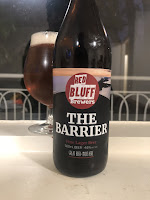 Currently Red Bluff Brewers don't have a tasting room. However you are able to visit the nursery, where the brewery is located, and buy their full range of beers. Recently they've got popular beer label designer, Clint Weaver, aka Pocketbeagles in to design some labels for a new range of beers. Around the same time, Damian stepped away from the brewery with Wayne's wife Donna joining the team.

It seems like all the Gippsland breweries end up with a lager, to try and convert their craft averse locals. With that in mind I decided to try their Barrier Lager. It's a genuinely nice beer. There's a little bit more malt than most lagers, which is accompanied by moderate dirty/grassy bitterness. It's crisp and refreshing & I can see why it sells.

Remember it's always Beer O'Clock somewhere in the world!
Posted by Noz at 22:34