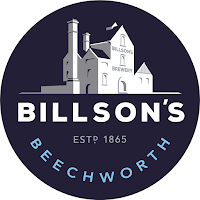 STATS
I heard sometime last year that there was another brewery slated to open in Beechworth. Nathan & Felicity Cowan had bought a cordial company, housed in an old brewery & had dreams to turn restore it to it's former glory. The plan was to sell cordial, beer, tonic water, soda water as well as some spirits. It sounded like a massive undertaking! 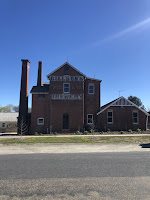 The history of the original Billson's Brewery is fascinating. Founded in 1865 by English immigrant George Bilson Snr at 4 Last St, Beechworth. the brewery moved down the street to the site it now sits on in 1872. With the passing of George Bilson Snr his son, Alfred Arthur, took over the business and with it became A.A. Billson Brewery.

Murray Breweries continued operations as normal until the 1950's when they stopped producing beer. They continued to produce Herbal Beer until the 1980's, but production of their famous cordials never stopped. In 2017 Nathan & Felicity Cowan purchased Murray Breweries, restored the original Billson's name & set out produce beer again, something they managed to achieve in late-2018.

The next step was to re-invigorate the old Billson's Brewery site & turn it into a space people want to come to. They've done a brilliant job! The main room couples a tasting room with a shop where you can buy the huge array of products mentioned above, of which there are a huge number of variants. 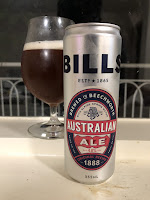 Behind the tasting room is a cafe, which seemed to be filled with locals having a coffee rather than a beer! They had some really good cafe offerings, I really enjoyed my caramel slice. I think they plan to increase the times they're open (currently 9-5) but are experiencing some licensing issues. They also have plans to open some accommodation, which I imagine will be great with how well they've done with the brewery space.

The one area that I thought they haven't quite nailed is the beer. Everything I tried was solid but not amazing. I'm sure they'll get this right in time however. The Australian Ale is the recreation of an 1888 handwritten recipe found in the brewery. It's a pretty typical Australian Sparkling Ale, with a solid malt backbone and some fruity esters. It could probably do with a touch more carbonation. I think it's a beer that they could tinker with and make into something quite iconic.

Remember it's always Beer O'Clock somewhere in the world!
Posted by Noz at 21:25