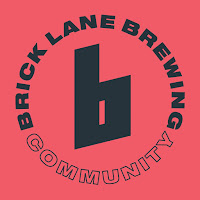 STATS
Brick Lane Brewing was announced in 2017. Their plan seemed ambitious, to launch a multi-million dollar, 50 hectolitre startup brewery within a year. It was heavily backed by more than 25 high profile people from the sporting, business & culinary world; Paul Bowker, Eddie McGuire, Andrew Scrimgeour & Shane Delia to name but a few.

The appointment that really made the craft brewing world stand up was that of Jon Seltin as head brewer. Jon has had an extensive career where he forged his reputation at Bright and then Hawkers. Jon used his relationship with Hawkers to get Brick Lane beers to market before their brewery was completed, by contracting the initial beers at the Reservoir giants.

Brick Lane opened their brewery in August 2018. While they build their own brand they intend to make their space open to contract brands and smaller players to produce larger batches of their beers. With the capability to churn through 10,000 bottles & 15,000 cans an hour - I think it will be a while before Brick Lane requires all of their capacity, let alone the capacity they've left room to grow into (up to an annual capacity of 25 million litres).

Not only is their brewery enormous, it's also one of the most environmentally friendly breweries out there. They've invested in a number of energy & water saving strategies, something that you're able to do when you've got a number of wealthy investors. They've also created a nice little circle with some local farmers, whom they are providing spent grain with to feed their livestock, which the brewery will then buy to serve at their taproom as soon as the licensing comes through.

Venturing out to Dandenong South I knew Brick Lane was big, I had no idea it was as big as it is! It's enormous, easily the second largest brewery in the state (possibly pending Moon Dog World opening). With that said, the hospitality space is quite small. There's a reasonable area out the front where you can sit and drink in the sun - although inside would barely have capacity for 50 people. 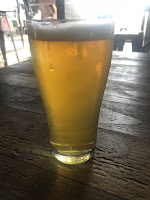 The bar is directly in front of you as you walk into the the long, but narrow hospitality area. There are huge glass windows that look through into the brewery, where there is just row upon row of massive stainless steel fermenters. There's tables, both high and low around which would mostly seat 6 people. Off to the right is a merch area, that doesn't seem as professional as the rest of the operation.

I've previously known Brick Lane for relatively uninspiring, but certainly not offensive offerings. At the brewery I sample version 3 of the IPA they're testing. I assume it was stupidly fresh as it was tasting incredible! Clocking in at 7.1% with this bitter, juicy citrus taste. It really reminded me of IPA's from a few years ago - it really left me wanting more. I can't wait to see how the finished product of this beer ends up!

Remember it's always Beer O'Clock somewhere in the world!
Posted by Noz at 21:01