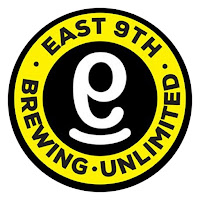 STATS
East 9th Brewing was recently described by Australian Brews News as a "drinks marketing company". I think this is the most apt description for a brand that is commonly referred to as a St Kilda brewery, a moniker that the company does nothing to dissuade. Much like the mysterious Sample Brew, that they took over in July, there is very little information out there about East 9th Brewing.

First things first, there has never & will never be an East 9th brewery in St Kilda. The company has had their beers contract brewed since day 1 & instead invests their time building the various East 9th brands. They launched with Doss Blockos, named after the famous squat on East 9th Street in New York, in 2010. A number of other products have since followed with Lick Pier (ginger beer) and Future Memoirs of a Root Beer (alcoholic root beer), the most popular.

They aren't the most forthcoming company I've come across; as yet I still haven't been able to coerce out of them where they have their beer brewed. What I can tell you is that the company was started by Josh Lefers, Stephen Wools & Ben Cairns who have all been along since day 1 & still maintain active roles within the company. 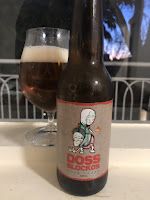 East Ninth are probably better known for their political advocacy rather than their beer. They've called out Pauline Hanson for being racist, lambasted the Margaret Court & the Government in the lead up to the Marriage Equality vote & joined the Polished Man campaign against child violence. They've also courted publicity when they attempted to trademark the colour of beer in early-2018.

Doss Blockos is their flagship beer & has always sold well due to it's packaging - whoever thought of the brown paper bag was a genius. The beer is a perfectly acceptable lager. It's on the maltier side & has enough earthy hops that provide balancing bitterness. For a beer brand where it's more about the brand than the beer, the beer isn't too bad!

Remember it's always Beer O'Clock somewhere in the world!
Posted by Noz at 18:04

Email ThisBlogThis!Share to TwitterShare to FacebookShare to Pinterest
Labels: Australia, The Year of Local, Vienna Lager