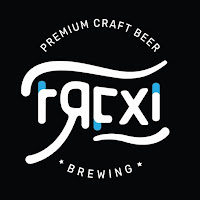 STATS
One of the newest entrants to the Victorian craft beer scene is Frexi Brewing, with their first two beers hitting the market in late-July 2019. It's the brainchild of Eddie Haro & Cha Lapage, a couple who fell in love with beer (& probably importantly with each other) in London. They set off on the trip of a lifetime that would eventually lead to them to Melbourne.

The duo travelled Europe & South East Asia before settling down to live & work in Australia about 3 years ago. On their travels they'd visited heaps of breweries in different countries but it was a trip to Little Creatures, where they were advertising home brewing classes. that really sparked the idea for what would later become Frexi.

As all those who homebrew will attest, it's a hobby that can get a little out of hand. What started out as the two of them brewing for fun started to morph into something they would like to pursue commercially. An article from Clint Weaver in Froth about how it isn't that expensive anymore to launch a craft label in Australia was the straw that broke the camel's back and saw the duo take the plunge into commercial brewing. 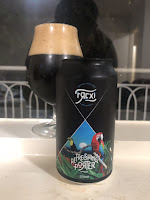 Cha is a chef from France, whilst Eddie is an architect from Mexico - which means they run their lives on very different schedules! Their nationalities are also the inspiration behind the brand name FR (France) & EXI (Mexico). The duo have hopes to be able to turn Frexi into their careers with dreams for a brewpub that serves the cuisines of their homelands.

When a brewery launches with a Porter you know it has to be good. There's a big hit of coffee in this beer, with the expected accompanying roast. There's a bit of bitterness on the back end, but its certainly not overpowering. As the beer warms there is some sweetish caramel malt flavours. It's a Porter that I can see myself drinking a lot more of!

Remember it's always Beer O'Clock somewhere in the world!
Posted by Noz at 21:42

Email ThisBlogThis!Share to TwitterShare to FacebookShare to Pinterest
Labels: American Porter, Australia, The Year of Local