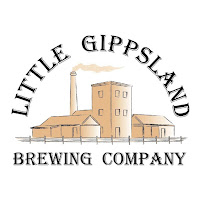 STATS
Three mates spurred by the seemingly constant string of bad economic news in their part of Victoria set out to do something about it & give back to the community they love.  Dylan Berends, Rhys Brown & Aaron Falzon are the three mates looking to give back to Gippsland through their Community Beer Project.

The trio decided to do something after watching friends and family be affected by the closures of the Hazelwood Power Station & Carter Holt Harvey Woodproducts as well as the milk crisis. Everywhere you looked in Gippsland people were losing their jobs or livelihoods. They felt that there needed to be more support for the local community.

Sports clubs are crucial to the way of life in the Australian countryside. They put their heads together and thought about what all sporting clubs, the heartbeat of many of these communities, have in common; a bar!  They decided to brew beer and reinvest all of the profits back into the local community. 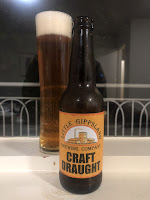 And so began the process of recipe development, knowing the locals would only switch over from their tried and tested brands if the beer was good. Supposedly the final recipe was the last one standing from 153 recipes! They consulted with a number of industry experts, spent countless hours driving between Gippsland & Temple Brewing in Brunswick, before finally releasing their beer in late-2017.


I have to be honest, I wasn't expecting a heap from a beer called Craft Draught... I was pleasantly surprised however! Firstly, this is an ale not a lager. It's got big caramel malts, which combine really well with these orange & stonefruit notes. The combination reminds me of some English Ales, with that sort of marmalade flavour. I'd quite happily drink many more of these!

Remember it's always Beer O'Clock somewhere in the world!
Posted by Noz at 20:04