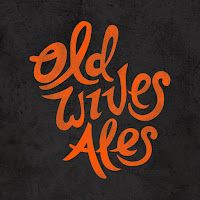 STATS
Old Wives Ales is one of a number of gypsy brewing operations to launch from the Merri Mashers Home Brewing Club. The operation was founded in 2015, after Nathan Keatch realized that there was simply too much work for one man & that he needed help to take his commercial brewing dream become a reality. He put out the call to his fellow Mashers to see if anyone would be interested in taking the jump with him.

Thankfully for Nathan, & the wider beer community, a number of Mashers jumped at the chance. The final quartet consisted of Nathan Keatch, Justin Spicer, Shannon Brooks and Mattias Isaksson. All brought their own unique set of skills to the table, which allowed Old Wives Ales to hit the ground running.

I hope most people can tell that the name Old Wives Ales is a play on Old Wives Tales; a phrase used where people believe a story is true when it isn't - think bad luck from breaking mirrors. Their beer names have for the most part taken their names from this line of thinking. It's a brand that really hit onto a good thing when it started out with Hair of the Dog XPA at Carwyn Cellars. 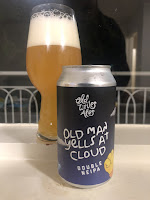 With these gypsy/contract brewing operations I feel that their branding is essential to their success. Old Wives Ales has never had the most interesting packaging, until the beer that I'm reviewing at least (which has some IP issues...). I'd love to know if package sales of their other beers picked up once they'd release the soon to be mentioned beer...

Old Man Yells At Cloud Double NEIPA follows on from the original NEIPA bearing the same name, just lower in ABV. It's an incredibly dangerous beer! It packs even more of the passionfruit & mango that made the original so popular, with no sign of the increased ABV. It's one of the finest Australian NEIPA examples! But, I'm sure everyone reading this immediately recognizes the IP issue, even if it is less obvious in the photo than on the can in person...

Remember it's always Beer O'Clock somewhere in the world!
Posted by Noz at 20:35