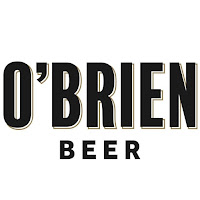 STATS
Rebellion Brewing was started by John O'Brien in 2003, five years after he was diagnosed with Coeliac Disease. It's a similar story to that of Richard Jeffares from Two Bays, the very first installment in The Year of Local project. John loved a beer and after having that taken away from him by his medical diagnosis he had to find a solution.

That solution led him to his backyard shed. Countless batches of beer were brewed with a variety of different grains, before stumbling on a winning recipe. Investors were sought throughout 2004 before the first O'Brien's beer was contract brewed & released to the public in August 2005. The resulting beer, a Premium Lager made predominantly from sorghum with a touch of millet, was believed to be the first commercially available Australian brewed Gluten Free beer.

The question then arose; how much demand was there for Gluten Free beer? The answer was A LOT! So much so that by 2007 John had invested in his own brewery, complete with custom modifications to ease some of the difficulties of brewing with grain other than barley, in the heart of Ballarat. It wasn't long before they outgrew this and relocated to a much larger site in Wendouree, outside Ballarat, where they are still based. 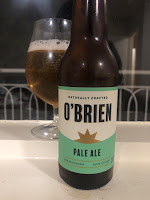 For years O'Brien's Beer was the only Gluten Free beer produced in Australia. Slowly the options are growing, but they are by far the largest still - with their beers available nationwide throughout the major chains. Interestingly they don't have a taproom, however you are able to visit the Wendouree brewery to buy their beer during business hours.


I've gone with the Pale Ale as I feel this is the beer that will appeal to the most drinkers. I think the most positive thing I can say about this beer is that I can't tell it's gluten free. The body isn't thin, it certainly isn't the most classical malt bill but it's serviceable. There are some hop aromatics, with very little bitterness imparted.

Remember it's always Beer O'Clock somewhere in the world!
Posted by Noz at 21:01