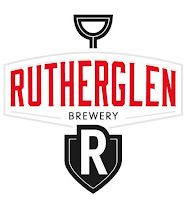 STATS
Gavin Swalwill & Fiona Myers opened Rutherglen Brewery at the back of their award winning restaurant, Taste @ Rutherglen, in 2015. Both had a passion for beer & thought that Rutherglen would be the perfect place for a brewery. They figured they had enough room for their brewery at the back of their restaurant & with the help of Simon Bardhill, ex Red Hill & Mornington head brewer, they got up and running. Before long Fiona took over the brewing operations, a role she continues in to this day.

Many of their beers take their names from the history of the local area. Rutherglen, the town, supposedly got it's name when John "Seven Stars" Wallace, a Scottish immigrant in the Gold Rush, entered the bar and offered the constituents of Barkly, as it was known at the time, a round of drinks for the naming rights to the town. The legend goes they accepted & Wallace named the town Rutherglen after his home town in Scotland.

The venue certainly isn't your traditional brewery. It's much more reminiscent of a cafe/restaurant, which I guess it is. The stainless steel is hidden away out the back & a few chalk boards advertising the beer gives the only indication you're in a brewery. The outside space is a little more brewery-esque. There's an undercover brick courtyard, as well as a wooden decking area draped in vines which I can envisage being lovely on a warm summers day. 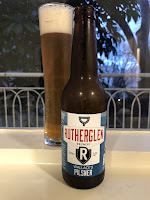 We were taking advantage of earlier opening time of the brewery and so didn't partake in the food, having just finished breakfast. If you're looking for somewhere to eat in the High Country, Taste @ Rutherglen is highly regarded. Gavin & Fiona also own Buller Wines so there's excellent wine on offer if your significant other doesn't like beer.

One of the beer names that references the history of the area is Wallace's Pilsner. The beer is quite a traditional tasting German Pilsner, with some sweetish malts contrasting nicely with bitter grassy hops. It's a really refreshing beer and one that I imagine sells very well up in Rutherglen.

Remember it's always Beer O'Clock somewhere in the world!
Posted by Noz at 05:12