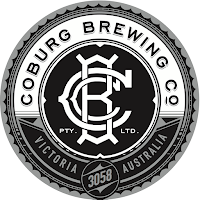 STATS
Danial Caneva & his wife Jane started the Coburb Brewing Company in 2013. The pair owned Coburg's Post Office Hotel & saw the community sentiment towards craft/independent beer changing. They wanted to brew a better, independent beer that was easy to drink.

Naturally they went down the lager route, something that wouldn't be too alienating to their exiting clientelle at The Post Office, whilst still (maybe not as much in 2013 but certainly now) interesting craft beer converts. They started well by importing quality ingredient; the Weihenstephaner house lager yeast & Czech Saaz & US Cascade hops.

In 2016 plans were lodged, and widely publicized, that Coburg Brewing Co would set up shop in a new development at the the D-Division Wing of the old Pentridge Prison, in the heart of Coburg which has been closed since 1997. That all went very quiet & after much digging I found that council had rejected the proposal - not necessarily the brewery component but the wider residential element of the development. 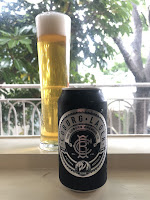 Not deterred they still pushed on with plans to open a brewpub in Coburg. At the time of writing I haven't been able to confirm when that will be opening, however 2019 was stated earlier in the year - so watch this space. I'll be updating this post as soon as the new site opens!

This is a genuinely good lager! The malt base is clean which compliments the surprising amount of hop bitterness with citrus & grassy characteristics. I'm sorry that I'd written these guys off as just a pub trying to capitalize on the explosion of craft beer. I would be perfectly happy to drink this beer again!

Remember it's always Beer O'Clock somewhere in the world!
Posted by Noz at 17:54