I've had a bit of writers block for the last couple of weeks, there's only so many times in a row you can write "converted warehouse", so have been doing a lot of work behind the scenes to see if we can somehow complete this task, which seems to get longer by the week! The following is a quick wrap up of the breweries that haven't produced anything in 2019 but have plans to in 2020 & beyond. It's a relatively short list but hopefully will help kick start this challenge again.

7 Cent was started by three mates (Doug Bremner, Brendan Baker & Matthew Boustead) in 2013, 10 years after meeting at university.  The boys are currently on a brewing hiatus due to family & day job commitments, but hope to have their interesting range of ales available to the public again soon. 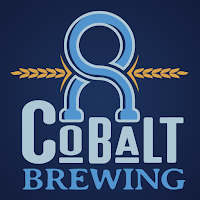 Cobalt Brewing is the brainchild of Alister Robbie & Karl Curnow. Cobalt is focusing on the funkier side of brewing, with plenty of barrel aged & bacteria inoculated beers in their future. Since they launched we've seen a couple of Berliner Weisses - however their real passion is aged sour beer. They've had beer in barrels since March 2017 so we should start seeing some beer from that program in early 2020, although these types of beers are ready when they're ready! 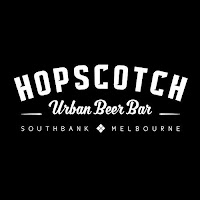 Hopscotch Urban Beer Bar is on Melbourne's famous Southbank. It's the sort of place that if you were overseas you might think of as a tourist trap. It's a well presented bar in the middle of a tourist strip that serves craft beer, cocktails & great food. It also houses a 300L brewhouse known as Frank the Tank & pumps out a new brew roughly every 6 weeks when it's operational. It hasn't been operational all year, but I keep being told it's coming back soon... 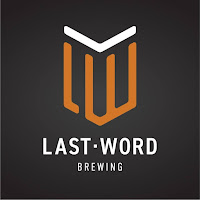 Last Word Brewing was formerly known as 40 Foot Brewing Company. It's the brewing arm of the seemingly ever expanding empire that is Carwyn Cellars. I've had a few of their beers in previous years, all of which have been really nice. In early 2018 they teamed up with Cobalt Brewing, mentioned above, to secure a warehouse in Heidelberg. Taking a leaf from the Cobalt team they've been aging some beer in wood & are hoping to release some in the coming months. 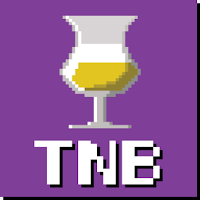 Travis Walton is known to most in the Melbourne craft beer scene, if not by name then by face. Travis released a Raspberry Berliner Weisse in late-2017, which was excellent & really got sour beer drinkers in Victoria excited. Since then all has been a little quiet. Like Cobalt & Last Word, Tuseday Night Brewing have barrels of beer & bacteria doing their thing with a view to releasing some more complex sours when the beers are done.

Keep your eye out for releases from these breweries in 2020. I'd be particularly excited for the 3 sour producers; Cobalt, Last Word & Tuesday Night Brewing. Barrel aged sours can take a number of years to fully mature, but the results are often spectacular! I also hope to see 7 Cent & Hopscotch get their operations back up and running as well, I really miss B4. Hopefully bashing this piece out gets me back on the writing wagon & we get another wave of brewery profiles up in the coming days.

Remember it's always Beer O'Clock somewhere in the world!
Posted by Noz at 18:35