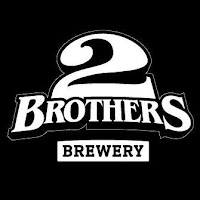 STATS
It was a very different craft brewing scene in Melbourne in 2007 when brothers Andrew & Dave Ong decided to take the plunge & open 2 Brothers Brewery. The pair had lived their separate lives in the U.S.A., one as a Physio in New York & one as an Aeronautical Engineer in Seattle, where they discovered American craft beer.

Upon returning to Australia they set out to find similar beers. Whilst there were a few breweries around, their beers were still relatively difficult to find & were more demure than the beers they had been drinking in the States. They decided to throw in their careers & make the beers they loved full-time. With the decision made they had to work out how to do it! 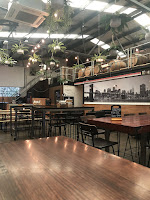 Andrew was sent back to the States to get some hands on experience brewing beer, as well as sourcing some equipment to make it. That proved easier than expecting as Times Square Brewery went out of business & the boys snaffled up their copper clad brewery, which was then shipped to Australia, albeit in a clandestine operation under cover of darkness to avoid paying for extortionate permits to close Times Square!

Whilst Andrew had been away securing brewing equipment & learning how to brew, Dave had been scouring the South Eastern suburbs for a suitable warehouse, which he stumbled across in Moorabbin. It's the same site that they still occupy today, although the Beer Hall underwent a major overhaul in 2016 to make it a more modern, welcoming space.

The space is really nice. You walk through their "industrial beer garden" at the front of the brewery to enter - it's a nice sun trap where you could easily sink a few beers. You're funneled passed the stainless steel through the relatively narrow area in front of the white tiled bar. Once you have a beer in hand you proceed passed the bar to an area out the back that really opens up. 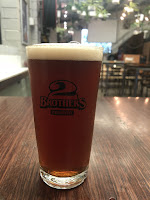 There you find a number of large tables, each that would easily sit 8+ people, some with communal benches some with high seats. There's a projector and stage at the back for entertainment, while pot plants hang from the ceiling. There is a raised area on the bar side of the brewery that houses some barrels, which is something I always like to see.

As much as I wanted to review Grizz, I feel like I've talked about that beer more than enough on this site over the years. Instead it's Clifford the Big Red IPA. I thought it was a little bit too bitter and lacked a bit of malt presence, both in body & flavour, which is surprising considering it clocked in at 7.8%. I was a little disappointed by that as Grizz is beautifully balanced and lacks for no malt!

Remember it's always Beer O'Clock somewhere in the world!
Posted by Noz at 18:01