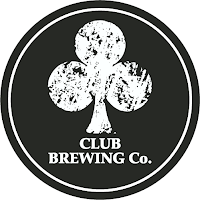 All Club Brewing Co beers are sold via a quarterly subscription through their website. All their beers are brewed in collaboration with an physical brewery using their stainless steel (with a few batches being brewed at Craft & Co.). Each quarter you receive a mixed case with 8 of each beer that they've collaborated on in the past few months. There is no wholesale of their beers! That means you can't go down to a bar and find them on tap, nor can you find them in your local craft beer bottle shop.

Like so many other breweries, the idea came to Chris Thomas, Dennis Nowak & Daniel Ryan over a couple of beers one night in January 2015. Unlike most of the time when this conversation occurs a few beers deep, the idea still seemed good the next day. The boys were further encouraged when they received a response from Danish brewer Christian Skovdal Andersen (Beer Here) within 15 minutes of sending out their idea.

Others soon followed; including John Keelings (Fullers, UK) & Mitch Steele (at Stone when he agreed, before starting his own brand). And thus the trio spent the best part of the next 2 years making the idea came to fruition, with their first pack being sent to subscribers in December 2016. The concept is still going strong & their list of collaborators has become seriously impressive, see here, with brewers of note from the USA, Europe, Asia, New Zealand & Australia having taken part so far. 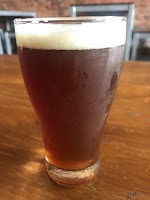 Having put off committing to the membership for most of the year, I was finally about to bit the bullet before I was lucky enough to notice a Facebook post where Exit's Uitgang Bar, which is quite close to my work, said they had a few cans of their collaboration with Club Brewing for sale. Naturally I headed straight down there!

This is a really nice Amber Ale! I'd say it's the best one I've had in years, as the style really has fallen out of favour. It's got a lovely malt base with layers of caramel with overlying rye spiciness. The hops are punchy but not overpowering with grapefruit & a touch of pine the most obvious. I know Club won't brew it again, but hopefully Exit make something similar down the track!

Remember it's always Beer O'Clock somewhere in the world!
Posted by Noz at 17:59