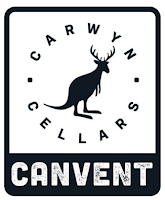 December got me - I've fallen way behind on writing, but thankfully not drinking! Carwyn Cellars is a name that every Australian Craft Beer lover should know. It's the preeminent bottle shops in the country. For their advent calendar, they've partnered with 24 Australian Craft Breweries to make an exclusive canned release for their "Canvent Calendar". 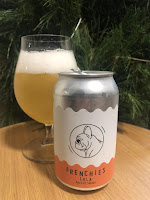 Day 6 - Frenchies Lola - Day 6 brought a beer I was really excited for! Frenchies have returned to the Canvent with another fruited Saison clocking in at 3.5%, following up their Oceanna (raspberries) from last year with Lola utilizing apricots. Regular readers would be aware how much I like apricot as a fruit addition in beers.

Just like last year I was a little disappointed in the Frenchies offering. The base Saison is nice and provides a good amount of barnyard/hay funk. There is only the tiniest hint of stone fruit, which probably indicates that they've never brewed with apricots before - as you need to use far more than you would with any other fruit! 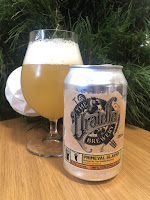 Day 7 - Uraidla Primeval Slayer - Uraidla is a brewery that has come to my attention in the last couple of months. It's a brewpub that opened in the Adelaide Hills in June 2018 & have recently started canning. Everything I've had from them so far has been excellent - so my expectations of this Hazy Pale Ale & incredibly high!

Normally when my expectations are high, the beer fails to live up; not so with Uraidla's Primeval Slayer! There was so many different tropical fruit notes with mango very prominent. I also picked up some citrus towards the back end. I think what this beer has helped crystalize in my mind, something I've been thinking about for a while; that I prefer Hazy Pale's to Hazy IPA's! Uraidla, if you're listening, please please re brew this! 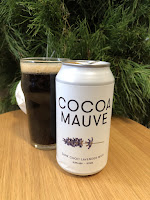 Day 8 - Ocho Cocoa Mauve - Ocho, fittingly, arrived on Day 8 this year. The crazy Tasmanian's have cranked out the most unique beer of the Canvent so far! Cocoa Mauve is billed as an English Dark Mild with cocoa, lavender & vanilla. I'm not sure how lavender is going to pair with the other flavours but I'm interested to find out!

My doubts were set aside after my first sip. The lavender manifests itself as this weird herbal/floral flavour, whilst the aroma is closer to what you'd expect when you think of lavender. It's definitely a unique taste, but it pairs well with the more familiar dark chocolate flavours. It's not a beer that people would drink more than one of however... 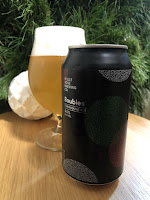 Day 9 - Molly Rose Baubles - One of my favourite things to happen in beer in 2019 is the launch of the Molly Rose brewery & the subsequent cavalcade of new beers from Nic & the team. Naturally they've gone with a Saison for their Canvent debut & have added a festive touch to it by adding red & green peppercorns.

As with every Molly Rose beer I've had - this knock it out of the park! This was a lovely base Saison, with a touch of sweet malt the main characteristic. There's some citrus hop character a bit of funk & a heap of pepper spice, without overpowering the relatively subtle characters of a 4.6% Saison. 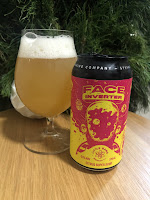 Day 10 - Little Bang Face Inverter - Little Bang's Face Inverter is going to round off this second installment of my Canvent wrap up. This beer became beer famous worldwide after a Facebook user posted a photo of a pH reading of this beer (a staggeringly low 2.95!), which was then picked up by Worst Beer Blog.

For those who don't understand pH readings, 2.95 is really really low! Stomach Acid is between 2-3.5! It was billed as a "Super Sour" & it lived up to its name! It was seriously tart! Beyond the sourness there was also some citrus characters, however it was hard to pickup much beyond the sourness! In saying that, I'd do it all again...

This next set of 5 beers was a little more hit & miss than the first batch. I think there were less beers that would be consistent sellers, with the exception of the Uraidla & possibly the Molly Rose. The other beers would be more novelty purchases, which I think makes them perfectly suited to the Canvent. Hopefully I'll manage to get the next post in this series up tomorrow & be somewhat closer to back on track...