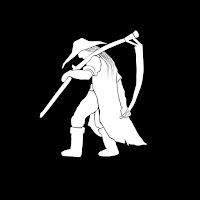 STATS
Most Melbourne craft enthusiasts would be aware of the Grape & Grain bottleshop in Moorabbin. It has become something of an institution since opening in 2013. Far fewer would be aware that the little bottleshop & bar also houses the Bale-Worker Project Brewery. I was slightly surprised to find out that the brewery and bottle shop are seperate entities, although I was vindicated when I was advised that they had previously been a single entity & possibly the first licensed brewery, bar & bottleshop in the country.

Currently the brewery is owned by Matt Askeland & Neil McIntyre. Their brewing area is one of the smallest in the state (at just 16sqm), probably second only to Buffalo Brewery located in a pub in Boorhaman in Northern Victoria. The brewery backs onto the bars coolroom & has windows that you can view it through from the bar area. 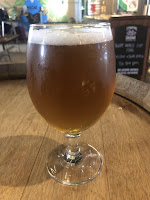 It's a two man operation which, despite the space limitations, is capable of producing up to 600L of beer a day. Currently the duo are focused on improving efficiencies & cutting down their waste as much as possible. They don't package their beer for this reasons & only sell their beer through Grape & Grain. They have no intentions of increasing their size until they've perfected limiting their environmental footprint.

When I was in the bottle shop one afternoon I noticed their Galaxy Pale Ale was on tap & thought it's now or never! Knowing the guys down there I was pretty surprised with how bad the beer I was served was. It's one of very few beers in this Challenge that I didn't even finish... It was an oxidized mess! There was some passionfruit sneaking through underneath, but the beer wasn't salvageable.  Hopefully this was a one off issue & not a true indication of what they usually put out...

Remember it's always Beer O'Clock somewhere in the world!
Posted by Noz at 21:49