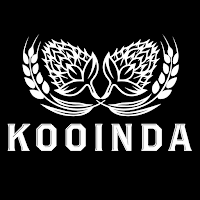 STATS
Kooinda was started by a group of mates from a suburban garage in Heidelberg. They had a home made 400L which utilised the family pool to help cool the beer on the way to the fermenter. After years struggling to get licensed, they finally entered the market in 2008 as one of about 25 Victorian brewers at the time & the first residentially licensed brewery in the country.

Within two years the brewery had outgrown it's humble suburban beginings & relocated to an industrial warehouse in Heidelberg West. As the brewery grew the founders dropped off one by one, moving on to other projects some within the beer industry & some outside. By 2015 only one of the original founders, head brewer Mick Opie, was left!

Unlike most craft brewers, Kooinda have gone through a number of ownership changes. In 2014 the brewery was acquired by a group headed by Brian Hardie, a former BrewDog Operations Manager. They had plans to reinvigorate the brand, however by September 2016 they too had sold to another group.

That group made significant changes; with a major overhaul of the packaging the most externally obvious. They also made the decision to outsource the production of their core offerings to BrewPack in NSW, to hopefully eliminate the consistency issues that had plagued them in recent years. This allowed the brewing team in Heidelberg to focus on new recipe development. 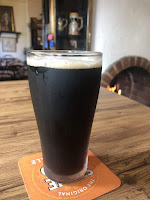 In March 2019 Kooinda announced that their Heidelberg taproom would be closed indefinitely, but that the wholesale business would continue unabated. I'm not sure that's true, I've found it very hard to find their beers & I haven't been able to get a response from them despite attempting to contact them via a number of channels.

It took me until late-November but I finally found one of their beers! The Milk Porter was always one of my favourites of theirs & one of the few beers that didn't suffer from the re-brand. It's still a lovely Porter, with chocolate & lactose up front before some bitter roasted coffee notes take over. It finishes slightly creamy, leaving you wanting more. There's far less around than their used to be, but it's still a lovely beer.

Remember it's always Beer O'Clock somewhere in the world!
Posted by Noz at 04:30