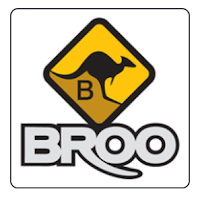 STATS
It's finally time to give the people what they've been asking for. We've been covering Broo pretty extensively for a few years & now is the time to (hopefully) summarize the story & current situation as best we can. There's so much misinformation out there about the brand, but we've done our best to sort out the wheat from the chaff.

It's hard to believe that this story goes all the way back to 2009; but it does! The business was founded by Kent Grogan, who previously ran a large financial services business. Grogan is from the Mornington Peninsula & the despite reports to the contrary the beer has never been brewed at the Sorrento Brewhouse, with all production being contracted.

Broo first hit the public consciousness in 2011 with their offer of 10 shares with each slab purchased on Australia Day, with a reported 6,437 people taking up the offer. Grogan attempted to get the business registered with the ASX however they ran afoul of their rules. Their constitution specifically excluded any foreign ownership, which the ASX took umbrage with. This started a 5 year battle, which eventually resulted with Broo appearing on the ASX in October 2016.

Things started promisingly when they announced an ambitious $100m brewery in Ballarat with help from the Victorian Government's Ballarat West Employment Zone scheme along with their acquistion of Stefano's Mildura Brewery. This saw their share prices rise to a high of 39 cents in November 2017. However, next to no progress has been made on the Ballarat Brewery & in late April 2020 the share currently sit at just 1.2 cents.

The last few years have descended into something of a farce with numerous run ins with the ASX over various compliance & reporting issues. The company reports significant losses most quarters, despite supposedly highly profitable overseas deals to China & the USA. The Chinese deal will reportedly see 1.5bn litres of beer sold into China over a seven year period, in a take or pay style $120m deal. It'll be intriguing to see how much of this money makes it's way through, I'd wager not much. 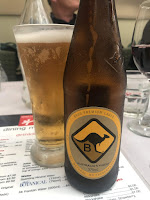 Despite the financial uncertainty Kent draws a significant salary, although has had to sell a large chunk of his shares with his ownership down to 62.96%, after the sale of 10 million shares to the CFO last year. Brews News has done some significant digging into the financials of Broo & their coverage is well worth checking out if this has interested you.

The Broo Premium Lager is actually not the world's worst beer. Don't get me wrong, it's certainly not good - but it is an acceptable macro style lager. I drink it at a pizza restaurant a stones throw from the brewery in Mildura when visiting family at Christmas time & in that setting (remembering it's also 40+ degrees normally) it's an enjoyable thirst quencher.

Remember it's always Beer O'Clock somewhere in the world!
Posted by Noz at 05:23