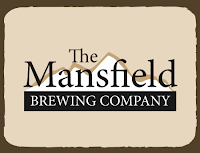 STATS
The Mansfield Brewing Company was established in 2013 by father & son team, Tom & Mitchell Walsh. This is going to be another of those short posts with relatively little information. Unlike most previous short ones, I have managed to contact these guys through Facebook! Although that contact has extended to promises of more information & then ignoring future requests... I find it fascinating that a company, let alone a brewery, can exist for so long with such a small online footprint. 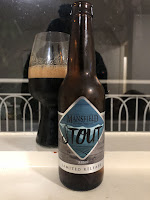 So I've gathered that Tom homebrewed for about 10 years before launching The Mansfield Brewing Company with his son. They moved from the backyard shed to a warehouse in 2013, where they've been producing 850L batches ever since with their first beers hitting the market in November of that year.

I've got my hands on their Stout. It's a limited release, which I think they've released each of the last 3 years. This packs a bit of roast flavour, alongside something that purports to be smokiness. There's some chocolate with slightly more licorice as well as moderate hop bitterness. It's bordering on Imperial Stout although I think the body isn't quite big enough - despite the ABV being high enough.

Remember it's always Beer O'Clock somewhere in the world!
Posted by Noz at 06:38

Email ThisBlogThis!Share to TwitterShare to FacebookShare to Pinterest
Labels: American Stout, Australia, The Year of Local