STATS
Old Slang Brewing launched their first, and to date only beer, in October 2019. It's a contract operation started by former Footscray native Sam Wills after he & his family moved to the Central Victorian town of Chewton, just outside Castlemaine. For years Sam has been the paediatric physio at Western Health & has become widely known in the medical community for his work with Ehler's Danlos Syndrome.

He'd been a passionate homebrewer for about 8 years, a member of the prominent Melbourne homebrew club Westgate Brewers, before a signifcant life change made him re-evaluate what he wanted from life & made him take the plunge. Sam was diagnosed with MS in 2018. The idea to launch Old Slang came with a desire for Sam to travel less for work, despite moving to Chewton he still works part-time at Sunshine Hospital - about a 3 hour round trip.

The brand's name represents its ethos. They're hoping to utilize the great Aussie slang that is being less & less widely used & attach it to a product most people understand; beer. They aim to brew beers that everyone can enjoy, whilst still having a bit of fun with it & hopefully introducing more people to some wonderfully descriptive imagery. 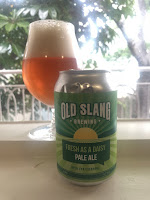 The first batch was brewed at Brookes Beer in the closest city, Bendigo. If things all go to plan & Old Slang takes off, Sam hopes to one day have a brewpub-like taproom in the nearby town of Castlemaine & provide for competition for local brewer Shedshaker - hopefully driving both on to bigger & better things!

The only beer I'm able to review is their Fresh As A Daisy Pale Ale. It's a classic American Pale Ale, almost a peak back in time 10 years. It's got this slightly sweet biscuity malt, with punchy hops providing orange & tropical notes. I'd be staggered to find out that Sierre Nevada wasn't the inspiration for this beer! I'm looking forward to seeing what's next for Old Slang. 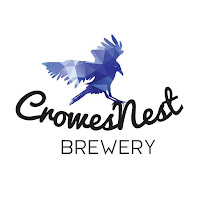 STATS
Part of the beauty of doing this project is finding out about new breweries. Crowes Nest is a brewery that I stumbled across at the Queenscliff Brewhouse having never even heard of before! This lead to a lot of research, as we nursed mild hangovers (& chilli halucinations) from the previous days Geelong brewery/hot wing eating.

The story of Crowes Nest Brewery began when the Costin family purchased the struggling Lavers Hill Tavern in 2009. They announced plans to reinvigorate the Tavern including it's pub & accomodation areas and in that process add their own brewery. In mid-2014 brothers Andrew & Mitch launched their brand with beers brewed at both Cavalier & Prickly Moses. They planned to continue contract brewing until they were able to build their own brewery at Lavers Hill. 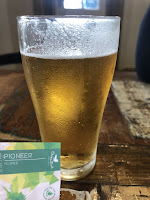 I haven't been able to confirm whether they've done that yet! They have very little social media presence & haven't been responding to my emails. Their website is also down, so there is a chance that those plans have been shelved permanently. I'll add Lavers Hill to the list of places to visit when quarantine is over & pubs are able to open again!

I really hope they haven't closed as their Czech Pilsner I had was quite interesting. It's called Pioneer & has a pretty traditional malt base. It's the hop bill where the beer intrigued me. It had this interesting herbal, almost menthol note, alongside a traditional grassy bitterness. It's a beer that I'd really like to drink a few more of! If you read this guys I would love to hear from you!

Remember it's always Beer O'Clock somewhere in the world!
Posted by Noz at 22:41 No comments:

Due to the ongoing COVID-19 situation we are once again recording remotely. We've invested in a new microphone so hopefully some of the audio quality issues are fixed from last time. Once again Dylan has done a great job editing the podcast into something that is hopefully listenable - as usual we're always keen to hear your feedback so please hit us up if you've got any comments, questions or suggestions.

This month, due to a lack of organisation, we cover the news both COVID-19 related & non-COVID-19 related. We have a chat about our drinking & buying patterns in quarantine, highlight some breweries that we've supported & talk about some new releases. Finally we finish by adding "The King of Beers" into our Ranking of Lagers.

Due to some poor planning & our enforced social distancing we didn't have a cellar this month. Hopefully we've kept you up to date with some of the newer interesting beer releases as well as some news. I've had a busy few weeks at work but hope to be pumping out some more Year of the Local posts shortly. In the meantime emails to either gus.norris7@gmail.com or our new address angus@beeroclockaustralia.com. You can now also reach Dylan at dylan@beeroclockaustralia.com. Stay safe everyone!

Remember it's always Beer O'Clock somewhere in the world!
Posted by Noz at 21:56 No comments: