Due to the ongoing COVID-19 situation we are once again recording remotely as the feedback we've received has been overwhelmingly positive. Once again Dylan has done a great job editing the podcast into something that is hopefully listenable & as usual we're always keen to hear your feedback so please hit us up if you've got any comments, questions or suggestions.

This month we've added in 2 new segments; a Brewery Deep Dive into one of the breweries that interest us from around the country & You Haven't Had #&$!, basically where one of us notice that one of hasn't had something we think the other should've had & we put them on the spot! There's also a bucket load of news, a large What We're Drinking segment & we slot Bintang into the Ranking of Lagers, before finishing with Noz's Cellar. Hope you enjoy the episode!

You Haven't Had #&$! (1:08:21)
Noz's Cellar (1:15:10)
There we have is guys, another podcast in the bag! Thanks for sticking with us if you got this far, we know it was a long one! We've got a few plans that we're hoping to get down in time for the next podcast, so please stay tuned. As we said in the episode we've got new email addresses, so you can get me at angus@beeroclockaustralia.com or Dylan at dylan@beeroclockaustralia.com. Please send your feedback through & we'll be back with you in a month or so!

Remember it's always Beer O'Clock somewhere in the world!
Posted by Noz at 07:35 No comments: 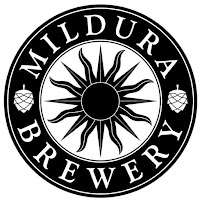 STATS
Don Carrazza founded the Mildura Brewery in the town's old Astor Theatre in 2004, 15 years after he'd first bought the building. Don's history with the building dates back to the 1950's when he began working as a porter in the adjoining Grand Hotel. He teamed up with his daughter, Donata, & her husband Stefano de Pieri (the famous Italian chef) to turn the Mildura brewery into a fabulous destination brewery.

In some ways the brewery was a victim of their own success. Stefano & Donata took full control of the brewery in 2012 & his approach to beer & food pairing greatly advanced the discussion of the issue in this country, leading to high demand for their beers. The beers were available in the big houses from my earliest memories of buying beer. This demand led to a reduced ability to experiment, something that became more & more important as the industry evolved. This was somewhat improved in 2013 with the addition of some smaller 1200L fermenters.

Despite their best efforts the brewery was unable to stay relevant to the drinker at the cutting edge of craft beer. They still produced really good beer, they were just overtaken as breweries exploded closer to Melbourne. On February 2nd 2017 it was announced that Stefano & Donata were selling the brewery to Broo. It was understood that they were only interesting in selling to someone who valued quality as much as they did & that the Mildura brand would continue.

Some of that has proved true, the Mildura brand has continued - although there has been an obvious drop off in the quality of the beer. The quality of the food has also dropped off remarkably; although they have still been able to attract people with very cheap specials nights. The staff on the day I visited didn't seem to care & I've heard similar reports from family who live in the area. It's a bit of a shame that they're dragging this iconic Victorian craft brewery down with them. 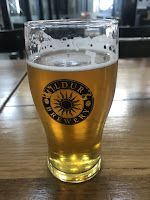 The venue is still very nice. It's housed in this wonderful Art Deco building that they've retained a number of its original features. Gone are the table cloths from the previous regime, however there's still a mix of tables of different heights & sizes scattered in front of the glass wall that separates the public from the stainless steel.

I had a pint of their Birthday XPA when I visited, in part because I'm very familiar with their old range & wanted to see if the new brewer could come up with a recipe of his own. I'm pleased to report that it's solid beer. It's clearly taking a leaf from the Balter playbook; a light malt bill, fruity hops & just enough bitterness.

Remember it's always Beer O'Clock somewhere in the world!
Posted by Noz at 04:44 No comments: 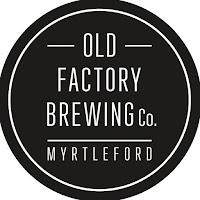 STATS
Old Factory Brewing Co was launched by brothers Ben & Tim McKechnie in early 2019. As the name suggests the brewery is located within Myrtleford's old butter factory, which had housed Myrtleford Butter until 2015 when they moved to Moyhu & became King Valley Dairy. The brothers took over the building not long after and started on a four year journey that ended up with their brewery & barbeque restaurant opening last year. 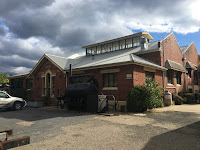 The journey wasn't simple. Their first venture at the site, a restaurant where the menu changed daily utilising only local produce, didn't work out. The duo had to pivot from their initial idea,  and thought about what they could use from their geographical location to their advantage.

Old Factory is located about 10 minutes from HPA's Rostrevor Hop Garden, soon to be the biggest hop garden in the Southern Hemisphere. Combining this with the brilliant water in the Northeast, the duo thought they should open a brewery. But every brewery, particularly regional ones, need food.

Conveniently, Ben is a chef by trade & after catering gig he did up at Falls Creek gave them the perfect idea for food to pair with their beers; American BBQ. The duo set about constructing their first smoker and opened to the public as The Old Factory in January 2018. The brewing side of things took a little longer with beers following in 2019.

The venue looks wonderful from the outside. On the inside it's kept a bit of the charm of an older building in Victoria's Northeast. There are a number of pub bistro tables of various sizes scattered throughout, as well as a couple of high tables in front of the pressed metal fronted bar. You can't see the brewery from main seating area as it's tucked away in a room out the back, although the smoker almost makes up for that. There are plans afoot to open a decking area with a bar out the back, which is something I can see working. 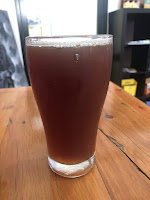 Rarely do I wax lyrical about the food at a brewery, but the brisket I had at The Old Factory when I visited was superb! It's worth travelling to Myrtleford to try their BBQ even if you don't like beer (although considering you're reading this, that would seem unlikely). On the day I visited I was confronted with a choice between; Red IPA, Amber Ale, Pale Ale & Lager. Since I visited they've been expanding on the beer front rapidly with a wet hop IPA amongst the new additions.

I settled in with their  Big Red IPA, as I was always likely to when confronted with those 4 options. This is one of the better Red IPA's around! There's a big caramel & biscuity malt body accompanying a big hop bill providing plenty of bitterness alongside resinous & citrus flavours. If this is indicative of the rest of their offerings it won't be long before people know about them!

Remember it's always Beer O'Clock somewhere in the world!
Posted by Noz at 00:31 No comments:

Their story is similar to many that we've heard through this series & countless others that have yet to be told. Chilla loved brewing & wanted to open his own brewery. He had been homebrewing for years in his garage & got plenty of praise from his mates. Which is where the dream dies for many. He dipped his toe into the water selling beer to a couple of local venues, still from the garage. Praise was still forthcoming & it was time to make a decision.

Kay felt her home town of Ocean Grove was screaming out for a venue like a brewery & with Chilla always wanting to open a brewery they decided to give it a crack. It was finished in late 2018, just in time for the summer tourist rush! It's very much a family operation, with Kay's parents manning the Brewibites food truck while we were there. This flows through to the layout of the space, which is very kid friendly - they couple play into this by having a number of games on hands for the kids to play with.

Chilla is of Fijian heritage. His surname lends its name, in part, to the brewery after his friend coined the moniker "Brewicolo" during a brewing session. The Fijian culture is evident throughout the brewery. For the most part the language names the beers, whilst there are palm trees & tropical patterns adorning most surfaces. 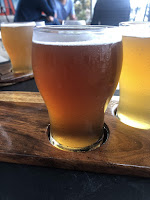 The brewery is bigger than I would've thought, operating on a 1000L brewhouse that's on full display. This is in part because both Chilla works full-time for the army in addition to his role at the brewery, whilst Kay juggles the business side of the operation & looking after the couples young children. Being something of a holiday town, the seating is mostly outdoors - albeit it undercover - just something to keep in mind if the weather isn't ideal.

On the whole their beers favoured the maltier side of things, with a number of lagers in the repertoire. The pick of the beers available on the day we visited was their Smoke Cloud Lager. It was a really well constructed beer, with good malt presence. The smoke flavour came across as ham, but wasn't overpowering. There are so few Australian brewers producing smoked beers, let alone smoked lagers & even more rarely doing them well! I'll definitely be following Brewicolo's progress over the next few years.

Remember it's always Beer O'Clock somewhere in the world!
Posted by Noz at 21:30 No comments: