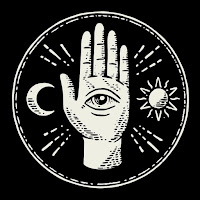 STATS
The very last brewery to open in Victoria in 2019 was Brunswick's Alchemy Brewing Company. Owners Pim Muter & Samuel Percy picked up the keys to the old Cleg's fabric store on January 1 2019 & spent the entire year converting it into their stunning brewpub. In welcome news for them, but unwelcome news for someone attempting to visit every brewery in a calendar year, they managed to open their doors on December 27th.

The duo have known eachother for the best part of a decade. Their stories are polar opposites, ones is a story that has been repeated a number of times throughout this project, whilst the other is from a path less trodden.

Pim, a veteran of the specialty coffee industry, spent some time living in Amsterdam in his early 20's & was appalled by the price of Australian beer upon his return. Naturally, he popped straight out, bought a Coopers home brew kit & began honing his craft. Samuel Percy's story is not quite as stereotypical. He has a background in carpentry before turning his hand to the fitness industry, setting up North Walls Indoor Climbing in Brunswick.

Walking into Alchemy is an experience. Firstly there are far more plants than you find in most breweries. It's also very open, light and minimalist. It's a massive change from the old grafitti covered warehouse that stood in it's place less than a year before! The floor to ceiling front window, which can fully open, provides great light, as does an addition to the sawtooth warehouse which allows a stream of light to reach the back of the brewery. 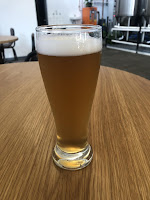 It's quite a cool space. There's polished concrete floors, wooden tables, metal stools with leather seat covers. Although it's only a new addition to the area it already feels like something of a locals hangout. You'd almost forget it's a brewery, if not for the 500L brew kit tucked away in the back corner hidden from the street by the bar.

I arrived at Melbourne's newest brewery, mid-afternoon on their first day of trading, somewhat under the weather after a rather large day at the MCG the previous day. I was only able to pop in briefly so settled on their Pilsner. Despite the name I'd easily have this sitting in Helles Lager territory, with sweetish grains & moderate grassy bitterness. It's quite well brewed as have been the beers I've had on a couple of subsequent visits. They're one to keep an eye on.

Remember it's always Beer O'Clock somewhere in the world!
Posted by Noz at 05:31