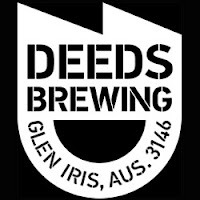 STATS
Pat Alé & Dave Milsten have known each other for years. Like many university friends the two dreamed of starting a brewery, whilst both were studying engineering back in 2003. Soon reality struck & they realized they probably didn't have the financial clout at that time to do it justice.

Their first foray into the industry was founding the distribution business Red Island, they had their hits & misses but struck it big being the Australian distributor of Rekorderlig Cider when it blew up. The dream was still to open a brewery & they entered the industry as Quiet Deeds Brewing via the gypsy-contract route in 2012; finding any available tank space they could & having other people brew their beer. They sold the distribution rights for Rekorderlig to Coca-Cola Amatil the following year to focus on Quiet Deeds full time.

In the early years they were the embodiment of gypsy brewing at the time; highly inconsistent. One batch would be fantastic, the next very meh. Thankfully they realized this & their efforts focused on finding a permanent spot of their own. They eventually settled on Paran Place, Glen Iris; the only industrially zoned area in the whole of Stonnington Council, which they secured in early 2016 for a reported $9m.

They assumed that they would have their brewery & taproom up relatively soon thereafter; how wrong they were! After submitting plans to council in July 2016 for a brewery & taproom; they were hit with numerous rejections. A permit was eventually granted in January 2018 for just the brewery. Another separate application was lodged almost immediately, that has finally been approved in the midst of the COVID-19 pandemic (June 2020).

Obviously there is no venue to report on at this stage, with Deeds hoping to open their brewery to the public in late-2020 (pending further restrictions in Melbourne). I'm sure I'll be there not long after opening, imbibing their wonderful range of hop forward beers & pastry stouts, & will ensure to update this post accordingly!


I desperately wanted to review Kapurkova, their Czech Pilsner (it's brilliant if you're not a podcast listener), but I knew it had to be a something hop driven given their pedigree. Survivor Type, their occassionally released Triple NEIPA, is where I'm going. It's 10.5% ABV, packs 40 IBU's, has a 31g/L dry hop of Galaxy & Motueka & drinks like a 5% Hazy Pale; until you stand up!

Remember it's always Beer O'Clock somewhere in the world!
Posted by Noz at 05:49

Email ThisBlogThis!Share to TwitterShare to FacebookShare to Pinterest
Labels: Australia, The Year of Local, Triple NEIPA